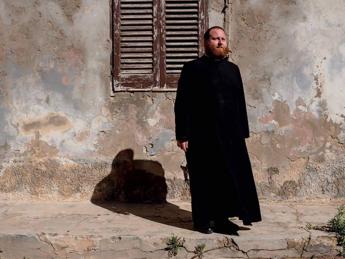 “These people will have to get off sooner and later, the ministers know it, the government knows it, the police know it. One more day at sea without a safe harbor is criminal, it means continuing the torture against them and the blatant criminalization of those who do good “. Carmelo La Magra, former parish priest of Lampedusa, knows the stories of those arriving from the other side of the Mediterranean well. Collected in the years in which he brought the comfort of a smile and the warmth of a hug to the Favaloro pier. “We know what happens over there, in the lagers of Libya – he says to the Adnkronos -, the survivors tell it and I saw it with my own eyes. On the bodies of those who arrive there are the wounds of the Italy-Libya Memorandum”. In recent days, 40 non-governmental organizations took to the streets in Rome to say ‘no’ to the renewal of the agreement: if by November 2 the Meloni government does not re-discuss it, it will automatically renew for another three years. “I invite the Executive, if it really cares about the dignity of Italy, not to involve our nation in agreements with questionable governments, such as the Libyan one and its Coast Guard. Our national dignity is at stake”, exclaims Don Carmelo. The latest tragedies of the sea, the migrant priest warns, must question consciences. “I cannot forget the images of the white coffins placed in the mortuary of the cemetery of Lampedusa – he says -, nor those of all the other victims welcomed in Lampedusa, such as little Yussuf. Today, however, not even indignation remains. ‘as if we were observing the irreparable, when, instead, we are the cause of what happens. Nobody raises his voice, we limit ourselves to small moments of emotion, but if those who have the authority to change things, to intervene, it just moves then it is committing an injustice “. The tug-of-war between the Interior Ministry and the NGOs – three currently awaiting a safe harbor with about a thousand migrants on board – is “an old story”. “The usual theater, the goal is to lower the border beyond the Mediterranean, so that migrants who are a problem for Italian politics are a problem for someone else. So we are willing to pay, with our money and our taxes, who in Libya with criminal behavior endangers the lives of these people. We continue to finance death structures to torture, rape and kill women, men and children. The important thing is that it happens out of our sight. And it is done in defiance of the law. international, violating the laws of the sea and the conventions. In ‘continuity’ between the right and the left, because that Memorandum was made by a government of the left and will also be applied by the ministers of the right “. As for the directive of the Interior Ministry, “NGOs as pull factors have been discussed for some time, it is an old theory that the data show not to stand up – underlines the former parish priest of Lampedusa -. It means blaming those who are instead part of the solution, as if in front of a road accident you blame the rescuers on the ambulance and not the one who caused the accident. Pointing the finger at the NGOs is looking for a scapegoat. they should be human beings entrusted to the traffickers of death, but legal and safe ways for those fleeing persecution, wars, hunger and climate change. Yet the only escape route at the moment is the sea and there it is necessary for someone to help them. Because the alternative is death, away from our eyes and in silence “. (by Rossana Lo Castro)