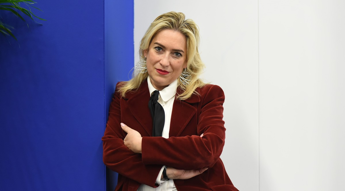 Heroes, well-known people and ordinary men and women, but capable of great gestures of and in our time. These are the eleven winners of the third edition of the “Premio Kalsa, which will take place, presented by the journalist Adnkronos Elvira Terranova, on September 30th at 8.30 pm on the final evening of L’alloro Fest, at the Giardino dei Giusti in via Alloro 90 in Palermo. The winners are: the, president and founder of The Global Thinking Foundation Claudia Segre, the school principal Antonella Di Bartolo, the director and playwright Alessandro Ienzi, the journalist Francesco La Licata, the deputy director of the conservatory of music Arturo Toscanini of Ribera Mariangela Longo. To these winners are added the four firefighters-heroes, protagonists of a rescue operation at sea, Vito Nicastro Cesare Giammanco, Antonino Romano and Angelo Randazzo. Prizes will also be given in memory of the owner of the restaurant at the Kalsa Giuseppe Carnevale and the owner of the street food venue Chiluzzo Antonino Biondo. “A third edition of the award – says Pino Apprendi – which has an identity role. that Kalsa is the central protagonist, with its inhabitants. A unique neighborhood full of stories and biographies of people to be told and held in high regard “.

1 thought on “Alloro Fest, Friday the ‘Kalsa Award’ in Palermo”