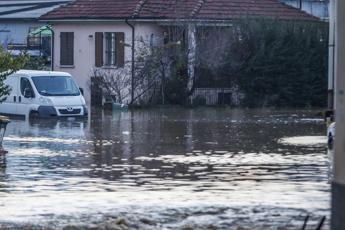 “The hope is that an important weapon for the fight against hydrogeological instability will come from the Pnrr which, among the measures provided for the territory, has provided for the allocation of: half a billion to finance the creation of an advanced and integrated system of monitoring and forecasting that makes it possible to identify and predict risks on the territory (M2C4.1-I.1.1-8-9); 6 billion for the resilience and enhancement of the territory and for the energy efficiency of the Municipalities (M2C4.2- I.2.2-14-17) and about 2.5 billion euros to be allocated to interventions for the management of flood risk and for the reduction of hydrogeological risk. This last amount, which refers to Mission 2, Component 4, of the Pnrr, is the prerogative of areas that have been affected by natural disasters and must be used to restore damaged infrastructure and reduce residual risk based on investment plans developed locally and approved by the Department of Pro Civil protection by the end of 2021 “. This was stated by the Centro Studi Local Entities (CSEL) in an elaboration, for Adnkronos, based on Rendis-Ispra data. “A third of the sum was directed towards projects already in place. This category includes the interventions already planned in the past for previous emergencies that fall within the plans, prepared by the Commissioners / responsible subjects in regional ordinary, approved by the Department of civil protection from 1 February 2020. The remaining 800 million will instead be used to make it possible to carry out new projects for the reduction of flood and hydrogeological risk. This with the dual objective of returning the areas affected by natural disasters to their ordinary conditions and to guarantee the resilience of the territories to natural disasters “, he explains.” The theme of the fight against hydrogeological instability – he recalls – is also present in the Plan under the heading ‘reforms’, given that it was requested, by June 2022, to simplify and speed up the procedures for implementing interventions against hydrogeological instability the ecological transition, in its report on the implementation of the NRP as of 30 June 2022, stated that the procedures for the implementation of projects in this sector have been simplified and accelerated, including the setting of maximum deadlines for each phase; initiated the process to create common databases on failure matters; defined a plan to increase the administrative capacity of the bodies responsible for the implementation of these projects and to strengthen coordination between the various levels of government involved; measures were taken to strengthen the commissioner structures and updated the criteria, methods and amount of resources destined to finance interventions in the field of hydrogeological risk mitigation. The Italian government, in accordance with the European objectives, has also undertaken to approve a law on land consumption, which affirms the fundamental principles of reuse, urban regeneration and limitation of land consumption “.

1 thought on “Csel: “PNRR important weapon for the fight against hydrogeological instability””