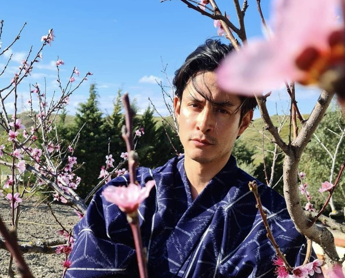 Andrea Hirai Cocco, the winner of the eleventh edition of Big Brother, has become a father. His partner, Teresa, gave birth to a boy who will be called Massimo Girolamo. The birth took place today at the ‘San Giacomo D’Altopasso’ hospital in Licata (Agrigento) in the Gynecology department led by prof. Luigi Li Calsi, who followed the pregnant woman during the months of gestation. Andrea Hirai Cocco won the eleventh edition, the longest ever. And if this year’s ‘Vipponi’, as Alfonso Signorini calls them, remained locked in the House for 169 days, Andrea and all his fellow adventurers in 2011 spent 183 days in the GF House. Exactly six months, from 18 October 2010 to 18 April 2011. Andrea won first place in that edition and also came out as a couple. The young man, passionate about cooking, had joined a couple and had become engaged to a competitor. Only in March Andrea revealed on Instragram, where he is very popular, that he is expecting a child from his partner Teresa Aiello, originally from Licata. The last photo published is accompanied by this dedication: “While we are harvesting lemons, we await the arrival of Massimo”. And today little Massimo arrived. And the announcement is given by Andrea Cocco himself also on Instagram: “My love, when I heard your first cry I cried. I hope you can teach me to be a good father. I will do everything to be up to you”. Known as the first Italian-Japanese winner, today the former gieffino has been successful in various fields. Born to a Japanese mother and an Italian father, Adrea Hirai Cocco stood out for his savoir faire inside the most spied on house in Italy during the edition that aired that year. Photomodel, with an immense passion for cooking, the former competitor has conquered everyone. In 2013 he was among the protagonists of the feature film by Alberti de Venezia, ‘Io è morte’ and, the following year he participated in the series ‘F * ck the Zombies’. In 2016 he was the protagonist of the web series ‘Maybe it’s me’, up to the participation in the film ‘The Broken Key’. The love for fusion recipes has also led him to carry out the profession of chef, also enjoying great success in this field. About 10 years after his participation in the Canale 5 reality show, Andrea Cocco has achieved many results in his professional life, but his appearance seems to have remained unchanged over time.