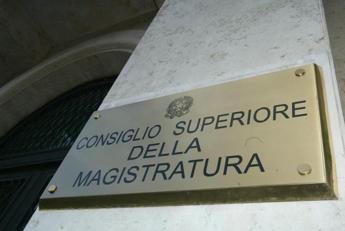 “On 18 February I received an anonymous envelope, inside there was an anonymous letter accompanying a print of an interrogation report by the Milan Public Prosecutor’s Office, without stamps or signatures, where reference was made to this alleged Masonic lodge” . This was stated by the prosecutor and CSM councilor Nino Di Matteo, a guest at Piazza Pulita on La7. “From the details – he added -, from the dates and circumstances described in the package, I immediately understood that the accusation against Sebastiano Ardita was false. A hoax, because the details of the lawyer Amara were easily denied and I hope they will soon be denied. officially. I was struck by everything I read, but while for others I was not and am not able to give an opinion, for Ardita I immediately noticed the absolute slander. The details were not only inaccurate, but false and her relations with the members to this alleged lodge are non-existent “. “Ardita is not just any magistrate, but a magistrate who in his long career has always fought these occult powers and all forms of conditioning. He has always exposed himself with courage. I never met Amara, only from the news, and when I received that envelope. I immediately thought of an attempt to delegitimize and condition his activities, of the CMS and also indirectly of mine “.” What did they want to hit? Doctor Ardita, always irreproachable against the occult powers. as widespread as cancer in the judiciary, such as careerism and current degeneration. We are doing everything to counter this drift, to defend our truly free and courageous colleagues “Di Matteo said. “I hope that the judicial authority wants to go to the bottom, also through testimonies. It is a story of unprecedented gravity. It would be serious both if this lodge existed, but even more serious if this lodge were invented and members of the State and institutions. We must go to the bottom “. And again: “As a magistrate, since I worked in Palermo and then at the Anti-Mafia, I was aware that some of the dynamics of the CSM were largely conditioned and sick by the prevalence of current logics. I said that some of the CSM logic resembled mafia logics. A phrase that I would repeat today “.