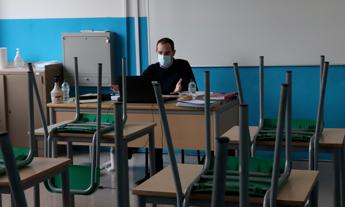 While the supplementary tests are in progress, half of the participants pass the written test in February (7,413 out of 15,779 of the applications received out of a total of 66,115), but one out of five as suitable (1,475) will not enter the final ranking. Worse on the support, for which only 20% of the candidates (276 out of 1,327 for 1,600 places announced) will have the role. This was announced by Anief, whose lawyers are about to notify the appeal for the rankings of the first excluded candidates. Marcello Pacifico, president of Anief, recalls that “the extraordinary competition was born from the will of the legislator to heal the question of insecurity.” will be assigned and this is absurd for rankings that should replace other rankings by qualifications, therefore the Gae “, Pacific continues.” The truth is that all candidates have the right to enter the final rankings and even more those eligible that already in the past Anief demonstrated they must have the right to be included in a final merit ranking. In the days in which we have accepted the request for a single decree to participate in the next supplementary tests, judicial action becomes fundamental to see the right to scroll the final rankings for suitable candidates and to be included in a reserved channel for all candidates. other candidates participating for the purposes of the next entries into the role ”, concludes president Anief.