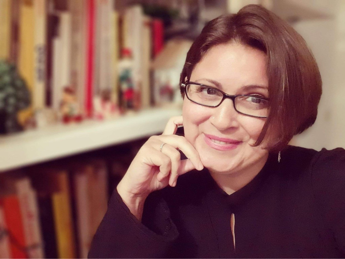 Tomorrow is the National Day against pedophilia and child pornography, “an important moment of reflection for all the realities, institutional and otherwise, engaged in the implementation of peaceful societies, which respect human rights”. Mete Onlus, from its inception, has been committed “to combating the sexual abuse and exploitation of minors, wherever it occurs in the world”. Two previous initiatives were presented to the United Nations Human Rights Council in Geneva: “We love children. Let’s love them all ”and“ Stop Sexual Tourism ”. The Female Noble Team headed by Mete Onlus, has decided to intervene on the merits of the words used, with the aim of being “performing” and responding to the 17 Global Goals for Sustainable Development set by the United Nations 2030 Agenda, through the “Stop Child Abuse” Social Responsibility Campaign. Lawyer Francesca Ghidini (Team Member) explains: “Changing words can help change society and change the perception of reality, generating awareness. The use of the (improper) term “sex tourism” to describe sexual abuse perpetrated to the detriment of a minor is unacceptable because it combines two words detached from the underlying phenomenon and intrinsically positive connotation such as tourism (travel, discovery) and sex ( understood as a conscious, free, joyful act). “Moreover,” sex tourism “has no legal value since it does not describe any crime or conform to the European definition of phenomenology (” sexual exploitation and sexual abuse “, see Lanzarote Convention)”. “Nevertheless, in the” National Plan for the prevention and contrast of the sexual abuse and exploitation of minors 2015-2017 “the term” sex tourism “is still used – says Giorgia Butera – It is (only) a word of convenience, totally misleading with respect to the perception of the phenomenon it should describe, that is, the sexual abuse of minors “. “Sex tourism” sounds less repugnant, the abomination remains muted “.” This historical moment requires new and renewed attention to the phenomenon: the precariousness and poverty caused by the pandemic are a new factor in increasing sexual abuse of minors, even in new and very insidious online forms ”, he concludes. President Butera asks for help from institutions and interlocutors “to instill a new collective awareness: the term” sex tourism “must be promptly replaced with” child abuse “every time this case is referred to. The journey aimed at the sexual exploitation of minors could be referred to as a “journey for the sexual abuse of minors” (or with another similar definition). “It is time to do justice to the victims of violence. Those who leave to sexually abuse a child are not a “tourist” but a very dangerous criminal – concludes Butera – We would like this initiative, promoted on the occasion of the National Day against pedophilia and child pornography, to represent the driving force for a public awareness campaign on the issue of sexual abuse of minors ” We recall that the previous Mete Onlus “Stop Sexual Tourism” campaign was included in a publication of the OSCE (Organization for Security and Cooperation in Europe), Special Representative and Co-ordinator for Combating Trafficking in Human Beings. organization has produced a document that focuses on the responsibility of participating States to respond to the Focus on l trafficking for the purpose of sexual exploitation. The action of the Noble Team could be an opportunity to “encourage the media to provide appropriate information on all aspects of sexual exploitation and sexual abuse of children, while respecting the independence of the media and freedom of the press “(Lanzarote Convention, art. 9 paragraph 3). The organization took action to ask for necessary interventions regarding the “operational vacuum” in the field of combating exploitation and abuse of minors. The latest National Plan for combating the phenomenon available is that relating to the three-year period 2015-2017. Today, even considering the harmful effects of the pandemic on the phenomenon of abuse, it could be useful to draw up a new Plan, with ad hoc forecasts. The Noble Team includes: Giorgia Butera, Barbara Galli, Sara Baresi and Francesca Ghidini