Parents against school closure, appeal to the TAR 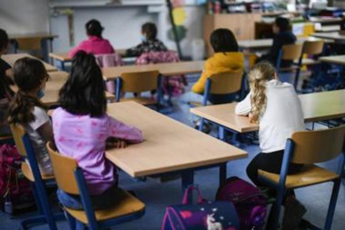 The Region announces the return to school from today but some mayors, including that of Palermo, issued an order late yesterday evening announcing the suspension of lessons “at least until Saturday” and a group of parents, including some lawyers and magistrates, appeals and challenges the suspension before the TAR of Palermo. “After having finally welcomed yesterday with satisfaction, the news that in Sicily from today, students would finally return to school” in attendance “, in accordance with the peremptory and clear indications of the” Draghi “Government, and following the meeting of the regional task force, we learn with dismay and new amazement from the press, that the Assembly of the Anci has established that the Mayors of the island adopt individual ordinances for “danger” with which it is established that the schools still remain closed “, say the parents represented by the lawyer Fabrizio Dioguardi. “We cannot yet suffer the unreasonable decisions adopted at first regional level and now also by the Mayors of Palermo and Agrigento, measures which also appear clearly contrary to the law, to the decisions of the Constitutional Court which have already clarified that the containment measures of infections due to Covid 19 fall within the matter of international prophylaxis and therefore the exclusive competence of the State, and that exceptions to the “school in the presence” are allowed only in the case of a “red zone”, and on the basis of assumptions that do not appear to have recourse in the case in question, both in fact and in law “, say the parents.” For these reasons we are decided by parents and citizens, judges, professionals, public and private employees, to challenge the measures issued in violation of the law , and of the interpretation made by constitutional jurisprudence and legitimacy to protect the right to education guaranteed by the Constitution, mes I know strongly and unreasonably tested and sacrificed, by ordinances not supported by any regulatory support “, they add.

Covid, Pope Francis: “Fake news on vaccines must be fought”

Mayor Caltanissetta: “Razza plays ‘Risiko’ with Health, we on the barricades”

One thought on “Parents against school closure, appeal to the TAR”