Miccichè: “Musumeci surrounded by jackals, talk to the parties’ 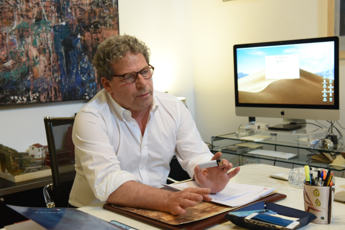 “There is no conspiracy by the majority, believe me, I invite President Musumeci, who is a very intelligent person, not to be misled by some jackal who is close to him. Finally, he must speak with the parties”. Speaking, in an interview with Adnkronos, is the President of the Sicilian Regional Assembly, Gianfranco Miccichè in the aftermath of the debacle of Governor Nello Musumeci who in the courtroom was ‘betrayed’ by a group of majority snipers, finishing third among the great voters for the Quirinale, after Miccichè himself and, even, after the exponent of the opposition, the grillino Nuccio Di Paola. Last night, after announcing his intention to resign to his loyalists, Musumeci changed his mind and in the course of a direct Facebook made it known that he would reset his council. Not only that, he also attacked the deputies of the majority who did not vote for him.

Covid, Pope Francis: “Fake news on vaccines must be fought”

Mayor Caltanissetta: “Razza plays ‘Risiko’ with Health, we on the barricades”

One thought on “Miccichè: “Musumeci surrounded by jackals, talk to the parties’”