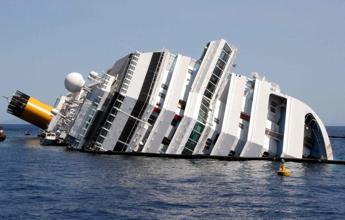 Ten years ago the shipwreck of the Costa Concordia, the cruise ship led by the then commander Francesco Schettino that on 13 January 2012 hit a group of rocks near the Giglio Island. An accident cost the lives of 32 people. The tenth anniversary on the island faints today with a public but ‘restricted’ ceremony due to the health emergency from Covid. The first act will be the mass of suffrage in honor of the victims of the shipwreck at 12 in the church of Saints Lorenzo and Mamiliano in Giglio Porto which hosted some of the survivors rescued ten years ago. The National Fire Brigade Band will be present at the ceremony. At 13.00 the laying of the wreath in memory of the victims at Punta Gabbianara. “That of Concordia was the tragedy of modern times in which perhaps more than any other institutions have been able to network, in which justice has had quick times. And above all it is the moment that marked, with the indelible images of that night , both as mayor and as a Gigliese, my personal path, at the same time making me proud to be part of a community that immediately showed greatness of spirit and a spirit of solidarity “, said the mayor of the Giglio Island, Sergio Ortelli. “At a distance of ten – Ortelli told Adnkronos – the indelible memory of the night of the shipwreck remains in us Gigliesi witnesses of that tragedy. Our memory is marked by pain, by the desperation of the relatives of the victims and also by the loss, the shock , the fear and suffering of the survivors “. At 3.00 pm there will be the presentation of the book “La notte della Concordia” by Sabrina Grementieri and Mario Pellegrini with the participation of the authors and with the introduction of the mayor Ortelli. At 4.30 pm the ‘Costa Concordia’ Monitoring Observatory will illustrate the report on the restoration of the seabed.At 9.30 pm the torchlight procession from the church of Giglio Porto to the commemorative plaque placed on the Molo di Levante. At 9.45 pm and 7 seconds the ‘tufata’, the sound of the sirens of the boats to remember the moment of the impact of the ship on the rocks. Finally, prayer for the victims and blessing of the commemorative plaque. Undersecretary Franco Gabrielli is expected on the island, at the time head of the Civil Protection, who was commissioner for the emergency. Also expected is Kevin Rebello, brother of Russell, the waiter and latest victim found inside the wreck. “Not to forget” is the title of the commemorative event scheduled for Friday 14 January at the Teatro degli Industri in Grosseto for the tenth anniversary of shipwreck. It is organized by the Court of Grosseto in collaboration with the Municipalities of Grosseto and the Island of Giglio, the Order of Lawyers of Grosseto, the Grosseto University Polo Foundation, Tv9. During the conference, with the participation of the students, the story of the shipwreck will be reconstructed and the relief provided by the inhabitants of Giglio will be illustrated. There will be an in-depth study of the results of the trial and two round tables will discuss the profiles of criminal, civil and navigation law interests.

Diver who died while diving in Lake Garda

Consult, Courage: “sentence 37-2021 is a compass in the management of the pandemic”

One thought on “Concordia, 10 years ago the shipwreck: Giglio Island remembers victims”