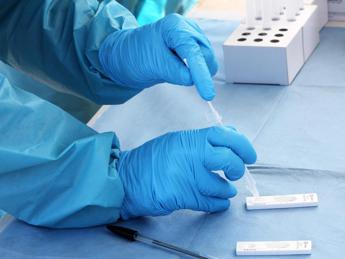 “A second case of the Omicron variant was discovered in Veneto. It is a 77-year-old woman, residing in Padua. She has already been subjected to monoclonal therapy, and it is absolutely manageable as the CEO of the Dal Hospital told me. Well”. This was announced by the president of Veneto Luca Zaia today during the press point. “The first Omicron variant was sequenced on 3 December in a 40-year-old from Vicenza, who had returned from South Africa. His wife and one of the children, on the other hand, had been infected by the Delta variant, probably contracted on other occasions. Another sequencing is underway on the daughter. smaller than the couple. Everyone is in good health “, underlined the director of the Zooprophylactic Institute of Venice, Antonia Ricci who announced that” we are trying to isolate it, making it grow in the laboratory, to test it with different serums, to understand how effective vaccines and natural antibodies can be against this variant. We will evaluate how this variant behaves. These are very long studies, at least a month or two to have solid results, “he explained.