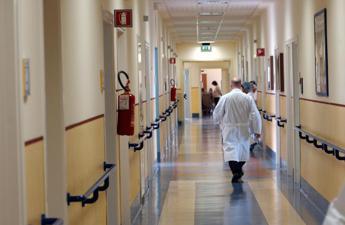 The medical commission of the Garibaldi Centro hospital in Catania declared the brain dead of the 17-year-old who was seriously injured in recent days with a gunshot to the head in Noto, in Syracuse. The medical commission carried out the checks in the intensive care unit where the young man was hospitalized. Family members did not consent to organ donation. Meanwhile, close investigations are underway in Noto. At the basis of the injury there could be some contrasts between families of the Walkers, nomads who settled on the outskirts of Noto in the 1950s. At dawn today, over 200 carabinieri surrounded an entire neighborhood, searching house by house in search of illegally detained weapons. A few hours after the start of the vast operation, the military of the provincial command of Syracuse, also supported by canine units, seized 10 pistols, ammunition of various calibers, sidearms and over 100,000 euros. The searches are still in progress and checks are underway with personnel from the electricity supply company, aimed at ascertaining any abusive connections. “The positions of some people believed to be holders of some of the seized weapons are being examined”, explain the investigators of the weapon, underlining how “no collaboration from relatives and witnesses” arrived on the 17-year-old’s wounding. : they are the ones that the carabinieri found themselves in front of this morning. There were 60 soldiers who have encircled the neighborhood to prevent anyone from entering or leaving without being controlled, other teams have searched the lavish residences, largely illegal. Thanks also to the help of the canine units, 10 guns, hundreds of ammunition, about 120,000 euros in cash, three daggers and a rifle were found.All the weapons have been seized and will be sent to the Ris of Messina to verify if among these there is the one who shot the 17-year-old. The money was seized and a 360-degree asset investigation was launched. “It cannot be explained how people who say they are grinders or live by expedients – the investigators underline – manage to accumulate so much wealth by surrounding themselves with luxury in their residences which, although they are largely abusive, have every comfort inside”. inspections Enel technicians discovered dozens of illegal connections to the electricity grid. For the owners of the properties the complaint was triggered. Others, however, were reported for receiving stolen goods having been found in possession of stolen vehicles and goods. A man was arrested for possessing weapons and ammunition and taken to the ‘Cavadonna’ prison in Syracuse at the disposal of the judicial authorities.

1 thought on “Syracuse, brain death for 17 year old shot in the head in Noto”