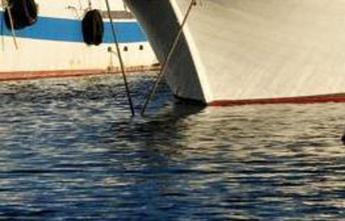 “I’m alive”. These were the first words of Giuseppe Giacalone, commander of the fishing boat ‘Aliseo’, upon his arrival at the port of Mazara del Vallo. Visibly shaken and with a white bandage on his head, where he was hit by some shrapnel from the window of his boat after the attack by the Libyan Coast Guard, he met with Bishop Domenico Mogavero and then hugged his family. Immediately afterwards, the captain left the port without meeting the reporters. Read also Yesterday, his son Alessandro, who spoke to his father via radio, said that the fishermen on the fishing boat “were chased for two hours” and that “the patrol boat was being shot at eye level”.
As soon as he got off the boat, a long hug with his family. “Commander Giacalone is very low in morale, on the other hand he was touched by a bullet and psychologically the situation is serious. It is a story that is leaving its mark, we hope that they will recover as soon as possible and have the courage to return to the sea “, said Monsignor Domenico Mogavero.