Di Biase: “Violence against women is now a structural phenomenon” 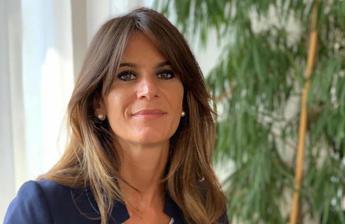 “The silent slaughter of women must be treated as a cultural, social and political problem to be answered, with a multilateral approach of all governments and all institutional levels. The road is still complex”. This was stated by Michela Di Biase, Councilor secretary of the Lazio Regional Council during an event the event organized, at the headquarters of the Lazio Regional Council, in Via della Pisana, on the occasion of the International Day for the Elimination of Violence Against women. The meeting was moderated by Cinzia Felci, general secretary of the Lazio Regional Council. “This year – he recalled – among other things, the number of women killed is still very high. In Italy 109 women in the last year alone, often at home. Indices that show no sign of decreasing despite the various types of measures we have and the exacerbation of penalties. For these reasons speaking of emergency makes no sense. It is a structural phenomenon that cannot be bent only with emergency measures and with repression alone. More funds, specialized figures, a network of protection and stronger psychological support and an education that works, from primary school, to the eradication of cultural stereotypes. It is our daily duty to implement prevention regulations that really affect “.” In the face of these numbers, speaking of emergency does not no longer makes any sense. It is – he added – a structural phenomenon that can no longer be dealt with with emergency measures linked only to repression. More funds, specialized figures, a network of protection, stronger psychological support and an education that works, from primary school, to the eradication of cultural stereotypes. It is our daily duty to put in place prevention regulations that really affect. In the country we are witnessing a wide debate on many fronts: school, information, politics. This is certainly a good thing, but we have reached a crossroads, a crucial moment in this battle and we must make consequent choices at all institutional levels. Femicide represents, as well as an outrage against the human being, a profound brake on the full development of an equitable and just society “. The President of the Lazio Regional Council, Marco Vincenzi, underlined the importance of contrasting a” terrible phenomenon which unfortunately we witness every day. Reflection on these issues is important. A crime against women is a crime to humanity and its elimination must be achieved “.” November 25 should be every day, because we operators – explained the public prosecutor at the Tivoli Court, Francesco Menditto, – are engaged every day in the fight against gender-based violence and every day women are abused. One in three days a woman is killed. One in three women in Italy and around the world has suffered some form of violence or harassment. We are talking about a crime that has existed for a long time and which unfortunately is difficult to eradicate. We obviously try to intervene, but networking and cultural awareness are needed to give women security. At the moment we are working on a text that improves their protection, but we must be aware that any legislation will not solve the problem and the Italian legislation is already adequate and sufficient, but it is necessary to have knowledge of the phenomenon upstream. The rules already exist, but others are welcome “. The event was also attended by Oria Gargano, president of the Be Free Association, Social Cooperative against Trafficking, Violence and Discrimination:” Attention to these issues would be necessary every day. Occasions like today give us the opportunity to reach more people. The Be Free Social Cooperative has been working since 2007, managing assistance and reception services for women and their children. Great competence and creativity are needed, because institutions do not always accept what we strongly signal. During the lockdown, not only did all the centers remain open, but we were also able to open 3 anti-violence centers and carry out the beautiful project called ‘Project Hotels’. We have made a protocol with Federalberghi and we have inserted 18 mothers and children families who have received all possible support. Our operators are very competent in detecting and assessing the risk of telephone calls received, but to do this you also need great courage. “” This law works and it has been a step forward. We as the judicial police – explained Antonio De Vita, commander of the Lazio Carabinieri Legion – lived the powerlessness of being able to intervene, but with this law we have overcome it. Raising the level of sensitivity and interpreting the unspoken are the frontiers of the judicial police. This theme fits into a context in which the demand for security is getting stronger, but I believe that this sector should be strengthened with resources and also with cultural models. “At the end of the conference, the Vicar Prefect of Rome, Raffaela, also spoke. Moscarella: “From 1 January to 31 October of this year, violations of the measures for removal from the family home increased by 10%. Since the entry into force of the red code, 4234 cases of violation of these measures have been registered throughout Italy, with a peak in Sicily, Lazio, Lombardy, Piedmont and Campania. 143 crimes have been committed since the law came into force. A 45% increase was also recorded for revenge porn victims. These data are necessary to frame the criticality of the phenomenon “.

One thought on “Di Biase: “Violence against women is now a structural phenomenon””