Case Grillo, tomorrow the gup will decide on the indictment 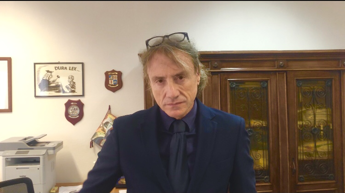 (from the correspondent Elvira Terranova) – Tomorrow the fate of Ciro Grillo and his three friends, accused of group violence against a 19-year-old Italian-Norwegian student, will be known. The appointment is set for 12 at the Tribunal of Tempio Pausania, in front of the Gup Caterina Interlandi, who will have to decide whether Ciro Grillo, Edoardo Capitta, Francesco Corsiglia and Vittorio Lauria, will have to go to trial or if their position will be archived. Also tomorrow the four young people will not be present in the courtroom, but will be represented in the courtroom by their lawyers. The alleged gang rape would have taken place in Beppe Grillo’s residence in Cala di Volpe, on the Costa Smeralda. That night, between 16 and 17 July 2019, the young woman, who is now 21 years old, was with a friend, who however is not an eyewitness because that night she slept on the sofa. And she too would have been a victim of abuse because while she was sleeping the young people took pictures in obscene attitudes right on her face. In the last hearing, both the Procurator of Tempio Pausania, Gregorio Capasso, and the civil parties and some defenses had requested the transcription of some wiretapping that had not yet been transcribed in the documents available to the parties. And the gup had decided to give additional days to be able to transcribe both environmental and telephone interceptions. Postponing everything until tomorrow morning. Also tomorrow the defenses of the four young people will formalize the choice of the ordinary rite. As the lawyer Andrea Vernazza had anticipated at the last hearing, thus confirming that Ciro Grillo and his friends will not choose any alternative rite in the proceedings that see them accused of group sexual violence. rape A few weeks ago also a medical-legal consultation from which emerges the suspicion that the Italian-Norwegian student had been forced to take Ghb, the so-called rape drug, a hypothesis put forward by the consultant, Professor Enrico Marinelli of the University La Sapienza, specialist in forensic medicine, requested and filed by the lawyer Bongiorno. “In a purely theoretical line writes Marinelli in the report of about twenty pages – it is not possible to exclude” that the alleged victim has taken “so-called rape drugs, before or in association with alcohol”. The professor defines them as “particularly insidious” since they are “made up of odorless and colorless liquids, easily mixable with common drinks, even non-alcoholic ones, without the victim being able to notice”. If for Ciro Grillo and his friends the relationship with the girl would have been “consenting”, the professor writes that “he cannot have expressed a valid consent to the group relationship”. Because alcohol “greatly diminished his decision-making capacity and nullified his ability to self-determine”. The girl, as it seems, would have a memory lapse after waking up. “An amnesia without loss of consciousness and the ability to perform complex actions such as conversing, driving, having sex and even killing,” says the professor in the report. The lawyer of the alleged victim, the Northern League senator Giulia Bongiorno also obtained the audio documentation of what happened in August 2017 to Ciro Grillo during a trip, a study holiday at Macleans College, a school in Auckland, New Zealand, we see Ciro in the foreground with some friends. Comment from Grillo’s son: “Ca … the very hard in New Zealand”. The battle between accusation and defense revolves around eleven transcripts, of chats and phone calls, which will enter the proceedings against Ciro Grillo, the son of Beppe Grillo, and his three friends. In the last hearing, the gup Caterina Interlandi entrusted the expert with the task of transcribing the wiretapping. These are brogliacci already in the proceedings but never transcribed, but the battle now concerns these chats. There are five phone calls that the Prosecutor, led by Gregorio Capasso, asks to be transcribed, four of those requested by the defense of the four accused and two of the lawyer Giulia Bongiorno who represents the interests of the girl who denounced the group violence. All wiretapping, both telephone and environmental, have been recorded but not all have been transcribed. Instead, the parties, in the November 5 hearing, asked to have the transcripts. According to the plaintiffs, other “interesting” details emerge. In May, the TempioI Pausania Public Prosecutor’s Office had asked for the indictment of the four Genoese youths. All accused of gang violence. Even if the boys have always talked about “consenting relationships”. Tomorrow it will be up to the gup Caterina Interlandi to decide whether to accept the request of the prosecutors or to file it.

Omicron variant and vaccine, does it protect or not? What do we know

Quarantine at school, principals: “Bewildered by the turnaround”

One thought on “Case Grillo, tomorrow the gup will decide on the indictment”