Giacomo Rota (CGIL): “Almost 5 thousand companies closed in Catania, with the mafia and usury at risk of the economy” 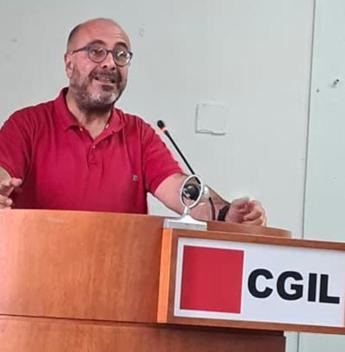 “In Catania in this year of pandemic nearly five thousand businesses have closed. We are facing a very difficult condition in all sectors linked to tourism, trade and transport”. The secretary of the Etna CGIL, Giacomo Rota, denounces this. Interviewed by Adnkronos, the trade unionist recalls how “Fontanarossa airport is around 75% fewer flights. The catering sector is experiencing a real tragedy”. “We have a condition of families – emphasizes Rota – who already lived on the verge of poverty that now see them sink into it. We have a further impoverished middle class queuing up at Caritas”. “This – warns the leader of the Etna CGIL – is the condition of Catania today and if there is no improvement in the coming months, everything will tend to get worse. I dare to think what will happen with regard to the ‘social stability’ of this city “. “Catania – continues the trade unionist – has very serious ‘fundamentals’ as economic numbers because the pandemic crisis on the previous economic crisis never resolved”. “Living by expedients in big cities, especially in times of crisis, is nothing new. Many people – underlines Rota – have tried to get by with expedients and as best they could in the guilty absence of the state and institutions”. But be careful – he specifies – the mafia and usury are another thing. The mafia with usury wants to take the companies. The usurers want to ‘conquer’ companies left to themselves by a credit system that works really badly “. “This is serious – Giacomo Rota points out – just as it is serious to live by expedients. I do not justify it. But here there is a problem that concerns more generally the economic stability if we see that the banks close the ‘taps’ and the usurers who open them financed by the mafia “. The secretary of the Catania Chamber of Labor points out how “this must make us understand how the city entrepreneurial economic fabric can become prey to the mafias in a difficult situation like the pandemic we are experiencing”. “The CGIL – finally remembers Rota – has been denouncing all this since June last year and we are aware of it with our ‘sensors’ that are activated in the depths of society, we have confidences, sometimes sporadic and sometimes continuous, of entrepreneurs and small individual businesses in difficulties that have been, so to speak, ill-advised “. “Our many companions and companions present in the city districts – he concludes – take up the discomfort of this city which is very serious …”. (by Francesco Bianco)