25 November, Day against violence against women: what you need to know 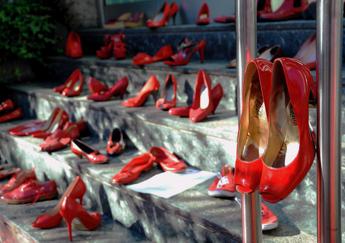 Every day, in Italy, there are 89 women victims of gender-based violence and in 2021 there were 109 femicides, 40% of all murders committed. Of these, 93 occurred in the family-affective context and, in particular, 63 at the hands of the partner or ex-partner. These are the alarming data released on the occasion of 25 November, the World Day against Violence against Women. According to the numbers that emerge from the report on voluntary homicides updated weekly by the analysis service of the Criminal Police, with a focus on female victims, published on the Viminale website, in 62% of cases they are mistreatment in the family, mainly committed by husbands and companions (34% of cases) or exes (28% of cases). In 72% of cases of femicide, the perpetrator is the husband or ex-husband: in one out of two cases a stabbing weapon was used, data showing a consistent increase in female victims (+ 8%). ) compared to the same period of 2020. All crimes committed in the family-affective context are also growing, passing from 130 to 136 (+ 5%). Also in this case, the increase in female victims is significant (+ 7%), and among these those killed at the hands of the partner or ex-partner (+ 7%). WHY NOVEMBER 25 In 1981, in the first Latin American and Caribbean feminist meeting held in Bogotà, Colombia, it was decided to celebrate November 25 as the International Day of Violence against Women, in memory of the Mirabal sisters (Patria, Minerva and Maria Teresa) , killed by order of the dictator Rafael Leónidas Trujillo. Blocked on the road by officers of the Military Intelligence Service on their way to visit their husbands in prison, the three women were taken to a hidden place where they were raped, tortured, beaten with sticks and strangled, only to be thrown in. a precipice, aboard their car, to simulate an accident. In 1999 the day was also institutionalized by the UN with resolution 54/134 of 17 December. A further step forward was made with the recognition of violence against women as a social phenomenon to be fought, thanks to the Vienna Declaration of 1993. THE MEANING OF THE COLOR RED In many countries, such as Italy, the color exhibited on this day is the red and one of the symbolic objects is represented by red women’s shoes, lined up in squares or in public places, to represent the victims of violence and femicide. The idea was born from an installation by the Mexican artist Elina Chauvet entitled ‘Zapatos Rojos’ and created in 2009 in a square in Ciudad Juarez. The installation first appeared in front of the Mexican consulate in El Paso, Texas, to commemorate the murder of her sister at the hands of her husband and the hundreds of women kidnapped, raped and killed in this border town in northern Mexico. , node of the drug market and of human beings. The installation was subsequently replicated in many countries around the world, including Argentina, the United States, Norway, Ecuador, Canada, Spain and Italy. The campaign in Italy is carried out in particular by the anti-violence centers and by the women’s associations involved in violence against women.

One thought on “25 November, Day against violence against women: what you need to know”