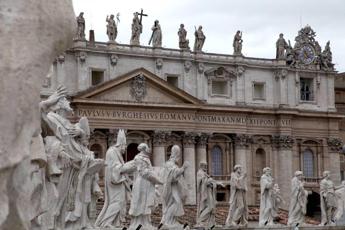 The trial does not arrive, not even the filing and Cecilia Marogna, the manager from Cagliari who became known as the ‘lady of the cardinal’ for her relationship with the former substitute of the Secretariat of State Angelo Becciu, appeals to the ambassador of Italy to the Holy See, to intercede with the Vatican authorities and the Italian Foreign Ministry and “put an end to the stalemate” that prevents her from working and supporting her daughter, who is still a minor. Cecilia Marogna is being investigated by the Office of the Vatican promoter of justice on charges of having spent 575 thousand euros on luxury goods that had been entrusted to her by the Secretariat of State under the mandate – received from Becciu, as attested by the letter of presentation signed by the then cardinal – to provide “professional service as a geopolitical analyst and external relations consultant for the Secretariat of State – General Affairs Section”. After writing to the office of the investigating judge of the Vatican Tribunal through his consultant, the expert of international law Riccardo Sindoca, now the Marogna, eight months after his arrest, with a petition signed by his lawyers, the lawyers Fiorino Ruggio and Giuseppe Di Sera, asks Ambassador Pietro Sebastiani to intervene and points the finger at the ” willful inaction by the Vatican authorities “which prevents her, it is explained in the document, from” seeking further job positions “despite having been deprived,” pr o precisely thanks to the work “of the Vatican authorities, of” any form and possibility of sustenance “. In the letter, which Adnkronos was able to view, the lawyers retrace the story, underlining that Cecilia Marogna “was illegally arrested, and limited her freedom and de-legitimized, denigrated” also through informative press releases “violating dignity, honor and of the decorum of the same (which is why by now, and in spite of it, Mrs. Cecilia Marogna in the collective imagination is transfigured to be ‘Lady Becciu’ or the ‘Lady of the Cardinal’) “. According to the lawyers to the manager, therefore, it was “prevented not only from proving her innocence but even from facing the most elementary life needs of her own and of the offspring”, while she was forced to suffer “discredit” and “uncertainty produced exclusively by the inactivity of the authorities of the Holy See (which among other things, the presumed ‘imminent’ celebration of the due process is badly reconciled with the proclamations concerning the due process) “. For this reason the lawyers Ruggio and Greco ask the ambassador,” which rap presenting the Italian Republic and the interests of its citizens to the Holy See “, to intercede with all the competent authorities, not only Vatican, so that” without any delay, the committal for trial “or” a provision for abandonment of the aforementioned judicial procedure be issued ” towards the Sardinian manager.