Butera (Mete Onlus): “We ask the truth for Saman” 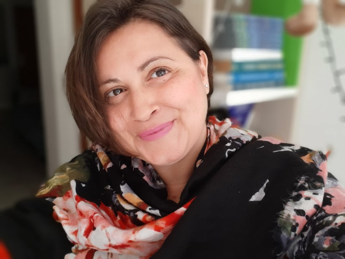 As President of the International Community “I’m a Child, Not a Bride” of Mete Onlus, Giorgia Butera “asks for truth from the family for Saman Abbas, a Pakistani girl who disappeared in Reggio Emilia for refusing an arranged marriage”. “Italy is on the side of young girls forced into forced unions, victims of a violation that limits their education and causes damage to their physical and emotional health”, reads a statement. “The tragic case of Saman is not to be considered an isolated episode, there are dozens and dozens of cases in our territory, this is due to the presence of foreign communities, which, although perfectly integrated, remain faithful to their cultural parameters – says Butera – In this way, the contrast is generated: on the one hand the girls initiated into a natural process of Western emancipation, on the other the families regulated by patriarchal models “. “And then, the flow of forced migration, which brings with it (also) stories of child, early and forced marriages – he adds – Early and forced marriages are deeply rooted in the power imbalances between women and men, in stereotypes and laws which reflect the idea that women must play a subordinate social and family role, governed by patriarchal models, on consent to social control over the body and sexual choices of women. There are areas in Italy with an important prevalence of the phenomenon, such as Sicily , Emilia Romagna and Lombardy “. “Inescapable, the need to establish a Permanent Observatory by those who intervene in the matter; it is essential to strengthen awareness and information activities by meeting the various foreign communities and schools with a multiethnic impact of considerable importance ”, says the President Mete Onlus. We cannot pretend that all this does not belong to us – he concludes “.” We remind you that in 2019, at the Bureau of the Senate Justice Commission, the hearing by the President Mete Onlus took place as part of the examination of the drawings of law nos. 174 and 662 on matrimonial constraint against minors. At the same time, the hearing was held in the Human Rights Commission of the Senate of the Republic. Subsequently, the “Red Code” introduced into the Criminal Code art . 558 bis “Forcing or inducing marriage.” Specifically: “Anyone who induces someone to contract marriage or civil union through violence, threats, taking advantage of a situation of physical or mental inferiority or through persuasion based on religious precepts is punished with imprisonment from one to five years “. The law provides that the crime is punishable” even if it is committed abroad to the detriment of a citizen or a foreigner legally resident in Italy at the time of the fact “.

Sileri al no vax: “We will make your life difficult, you are dangerous”

Threats no vax, Viola under guard: “I don’t change my mind on children’s vaccine”

One thought on “Butera (Mete Onlus): “We ask the truth for Saman””