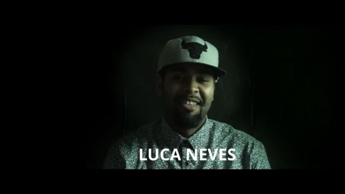 The campaign “My name is Luca, I am Italian” is born, organized by Raizes Teatro, an international cultural company that promotes human rights through the arts and theater, to support the cause of Luca Neves, born in Rome of Cape Verdean parents on 8 October of 1988 and to date lacking the nationality and documents necessary for participation in the civic and civil life of the country. On May 9 at 8 pm, live on the channels of Raizes Teatro, the presentation of “Luca Re d’Italia” is scheduled, a monologue interpreted by Luca Neves himself, written and directed by Alessandro Ienzi, director of the Sicilian theater company, and produced by Raizes Teatro with the patronage of the International Human Rights Art Festival of New York, Avant Garde Lawyers and Global Campus of Human Rights. The monologue will be preceded by a presentation conference with Alessandro Ienzi, Luca Neves and the journalist Virginia Cataldi. On May 12, at 8 pm, presentation of “Luca Neves – Io non esisto”, a documentary on the life of Luca Neves, curated by Virginia Cataldi. Marina Mazzamuto, following the successful Justice For campaign dedicated to activists from all over the world, including Patrick Zaki, will create for the occasion an illustration dedicated to Luca Neves and all stateless people and other people who have difficulty in obtaining citizenship o the documents necessary for social participation and integration. Raizes Teatro, therefore, once again carries out its advocacy activity and explores one of the most extraordinary and absurd stories of the last years of our Republic, that of Luca Neves. to whom he was born, in Rome, from kindergarten to high school, up to the achievement of the hotel diploma as a chef. At the age of eighteen, Luca applies for Italian citizenship, which should be granted to him, according to the provisions of the law in force. Due to a delay in submitting the application and bureaucratic hitches, Luca never obtained citizenship or the related documents. Pending the granting of nationality, the Italian administration communicates an expatriation to Cape Verde, a land he has never seen. Thus begins an interminable ride that takes him from office to office to embassies, town halls, police stations, various offices. Luca is thus deprived of any document that allows him to participate in the civic and civil life of the country which he rightly believes to be his own.Due to the lack of an identity card, Luca is however forced on several occasions to refuse job offers. in Italy and abroad, seeing that the rights to sustenance and social and cultural enrichment within the community are in fact limited. In order to survive he is therefore forced to make do with jobs that devalue the level of his preparation, forced to work without protections and with absent or unsuitable salaries for his duties. At the same time Luca takes care of his father, who is disabled, who resides at the American Hospital: the man, after having worked and paid contributions in Italy, from 1975 until today, receives an Italian pension. In 2012 Luca’s mother also falls ill: the woman (she will die the following year) needs 24-hour care. It is at this juncture that a new expatriation is communicated to him by the Tor Sapienza Police Headquarters, where, moreover, he is told that the only solution is to go to Dakar for a stamp. To date Luca is a chef but he is also a rapper who sings his statelessness. Is it possible to live without documents, without a state that welcomes its citizens? And Luca, which nation does he belong to? “Luca Neves is in fact an Italian citizen, although the institutions do not intend to recognize him – says director Alessandro Ienzi -. His case is yet another that tells us how Italy has changed but we don’t want to accept it. Multiculturalism and the condition of second-generation immigrants is an issue on which the future of the country will depend in the coming decades. The ius soli, a more efficient and more prudent administration towards the citizen, or to whom it belongs, are fundamental elements for affirming the rule of law “.