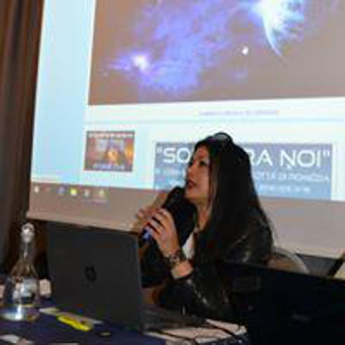 “On the statements made public by the New York Times, derived from the new Pentagon report, I must object and publicly dismantle the claim where it is assumed that the flying objects or unclassified aerial phenomena, observed by the military over the course of a couple of decades , are not the result of US technology “. So at Adnkronos the well-known ufologist Francesca Bittarello on the American intelligence report on UFOs, published by the New York Times. “This is – he explains – the problem at the international level, because I want to clarify a focal point that no one has publicly pointed out at the Pentagon and affiliates, simply for the fear of saying something that one cannot or do not want to say. . If the UAPs are part of a secret US program, it must be assumed that the secret services work in a sealed compartment, in short in a top secret military process, the right hand does not know what the left hand is doing … ‘ufologist – when you work on a classified secret project and it happens that the project for reasons not yet defined, escapes the watchful eye of those who are highly trained following it or there are flaws at the programming level – also due to leaks – the logical consequence is that a military defined as ordinary, even of high rank but not tied to top secret programs, will never be able to be aware if he has seen an ultra-secret and super-technological UAV made in the US Air Force. it could be the case of the US Navy soldiers, witnesses of the hundreds of UAP sightings in the last decades “.” The witness – he adds – will therefore release his testimony totally in the dark about what happens inside the USAF itself. I have explained several times that if the UAPs sighted in the last decade are actually American UAVs with still unknown technology, America has no interest in this being made public and therefore the counter-statements present in the pentagon report and made public by the NYT in these hours are nothing more than the obvious proof of what I have just stated “.” If we instead analyze the second candidate hypothesis – he concludes – in addition to super secret American UAVs and I underline with the possibility that American super secret UAV technology and materials have been ‘ stolen from extraterrestrial realities and which could actually be UFOs, we assume that Americans know very well what they are dealing with and their every public communication move is extensively studied and calculated. Even the declassification of documents not of real interest, with the total cover up of truly sensitive and secret documents that will never reveal to public opinion for obvious reasons of national security as well as economic “. Bittarello, author of the book ‘Ufo gli archivi unediti’ and The well-known face of various television broadcasts will inaugurate on July 4 the eleventh edition of the popular Ufology conference in the city of Pomezia “which seals the return to my highly anticipated events from the public and the press”. In the event of next July 4, Bittarello wanted the presence as lecturer also of Gen. Domenico Rossi, former Undersecretary of State for Defense, “by virtue of the new and important revelations of the Pentagon. The presence of Gen. Domenico Rossi is certainly an added value and in my future events other soldiers are expected to speak to the audience, not forgetting my past excursus of collaboration as an external researcher with military circles and the fact that one of my upcoming books publication also talks about UFOs and the military “.

Red and orange zone, Locatelli: “The regional system can be reviewed”

Omicron variant, Burioni: “With this vaccine it will continue to circulate”