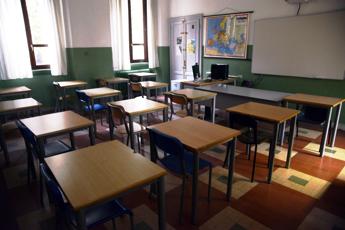 One year after its introduction, distance learning continues to not fully convince young Italians: only 1 out of three (30.5%) in fact judges this experience positively, while 24.8% expresses a negative opinion and 44, 5% say “I don’t know”. Among the reasons given by the interviewees, the belief that online is much easier to get distracted prevails (67.4%), followed by the perception of not feeling sufficiently involved (18.9%). So much so that 43.4% expressed the wish to return to attend in presence. This is what emerges from the 9th Annual Research Report of “Proteo Generation”, the permanent Observatory on young people of Link Campus University, created this year in partnership with Grandi Scuole. A research that interviewed 1,812 Italian students of the last years of high school, representative of the entire national territory and of the different types of address, and that returns the identikit of the ‘Post-Covid Generation’. From young people comes a series of ‘tips’ to improve Dad, at the top the need to adapt programs and teaching methods to online (33.6%) and to facilitate interaction between students and professors (23.9% ), but without forgetting the importance of guaranteeing better access to economic incentives for the purchase of devices (16.9%). One aspect that, according to the students, has in fact made Dad problematic is the availability of an adequate connection as well as devices and ‘personal’ spaces to follow the lessons. From this point of view, about one in three respondents (33.1%) say they have not had, over the last year, an adequate connection for Dad. The overall 30.1% declared instead that they had to share the devices for the Dad with brothers / sisters or with their parents. Finally, 1 in 4 interviewees (25%) declared that they did not have a space of their own to be able to play the Dad. Lack of direct relationship with classmates and professors Overall, the interviewees do not complain of a deterioration in their academic performance during the last year they spent in Dad (although there is a significant 23.8% whose results, on the contrary, have deteriorated). However, the interviewees believe that Dad penalizes certain categories of students, at the top of the list are those from economically disadvantaged families (43.4%) and those with mental and physical disabilities (33.6%). But, most of all, what leaves a bad taste in the mouth is the belief that something important has been lost (44.9%) Hence the wish to be able to return soon to traditional teaching, which emerges in particular from the responses of that 43 , 4% of respondents who, although accustomed to Dad, would still prefer to return to the presence. What is lacking more than traditional teaching is, in particular, the direct relationship with classmates (45.1%) and with teachers (18.5%), even before the structured daily routine (18.6%) or being physically in school (12.4%). A school towards which the interviewees mostly feel nostalgia (50.3%), but without neglecting the 22.7% who instead harbor indifference and the 18.1% who declare instead of feeling fear.

1 thought on “Link Campus Observatory: ok dad for 30% students, 43% want to be back in attendance”