Frosinone, Joe Formaggio on the field for the tobacconist: “I’m with him” 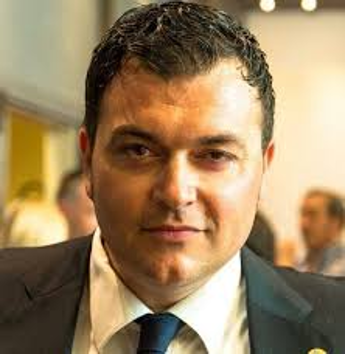 “Extreme solidarity with the Frosinone tobacconist. He shot to defend himself. Anyone with common sense should be on his side. The tobacconist did very well”. Joe Formaggio has no doubts, nicknamed sheriff mayor of Albettone in the province of Vicenza, now a councilor of the Veneto region, ready to take the field for Sandro Fiorelli, who yesterday shot and killed one of the 4 criminals who entered his property. The councilor, who was the creator of the ‘I’m with Stacchio’ campaign, the gas station attendant involved in the assault on a jewelry store in Ponte di Nanto, announces to Adnkronos: “I will call the Lazio deputies of Fdi today in order to move immediately to give solidarity to the family. As I said in the Stacchio case, I don’t care about the bandit who died at work. I’m with Fiorelli “. “The regional councilor Joe Formaggio would behave just like the tobacconist in Frosinone – he communicates – If I heard noises in my home, I would take a gun and go around the house; if someone pointed a gun at me, like the tobacconist I would I would shoot because I have to protect my family. We are in Italy and the trial must be carried out – he notes – but that of the tobacconist was legitimate defense. And now, as happened for Stacchio and Walter Onichini, (the Venetian butcher who in 2013 surprised a thief in his house in Padua and shot him wounding him and who was then sentenced by the Supreme Court to 4 years and 11 months – ed) to which I visited in prison and for which we will ask for pardon, it is my duty to take care of the tobacconist of Frosinone and the his family. A thief who sneaks into other people’s homes does not deserve the interest of Joe Formaggio “. (by Roberta Lanzara)

Third vaccine dose, Zaia: “I did it today”

One thought on “Frosinone, Joe Formaggio on the field for the tobacconist: “I’m with him””