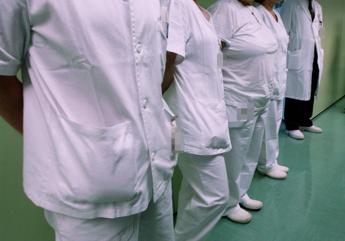 Pain everywhere, stiffness, fatigue, swelling in the wrists and fingers that are felt at night and in the morning. It is rheumatoid arthritis, an autoimmune disease that appears in young people, between 40 and 60 years old, still in the midst of their social, family and working activities. In Italy, around 300,000 people live with the disease, according to the Italian Society of Rheumatology, mostly women (with a ratio of 3 to 1 on men). If left unchecked and well managed, rheumatoid arthritis progresses. And so, carrying out everyday and banal gestures such as climbing stairs, doing housework or opening a bottle becomes impossible. For these patients (and rheumatologists), the watchword is remission. “We know that remission does not mean recovery, but for us patients it is a vacation from the disease – says Antonella Celano, president of the National Association of People with Rheumatological and Rare Diseases (Apmarr) – It means being able to live with rheumatoid arthritis without drama. pathology is part of us, but it does not condition us, it is no longer a sword of Damocles. Remission allows us to regain possession of our time, of our projects, but everything is linked to the time factor. A remission is in fact possible only if we arrive to an early diagnosis. And time is of the essence both for the patient and for the doctor, who must immediately ascertain the disease and then reach the goal of remission with the appropriate drugs. Unfortunately, due to the long waiting lists, arrive at a timely diagnosis is often impossible. Not all patients can afford paid visits. ” Rheumatoid arthritis is in these days at the center of the Eular2021 (European League Against Rheumatism) meeting, initially scheduled in Paris and broadcast instead in streaming, for the second consecutive year, due to the Covid-19 pandemic. During the annual European Congress of Rheumatology, scheduled from 2 to 5 June, APMARR received the award for the best abstract presented, the only patient association in Europe to receive recognition for the activities that “we have carried out in this period. difficult for health emergencies – highlights Celano with a touch of pride – to provide psychological support and concrete services for people with rheumatological diseases “. Although scientific research has made a lot of progress, the diagnosis of rheumatoid arthritis still today “for many patients is a real cold shower – emphasizes the president of Apmarr – Not only do they not know the pathology, but they have a great fear of the future because they do not they know what awaits them. This is why psychological support is very important: people need to metabolize the diagnosis and to understand that life does not end because of the disease, but that theirs will be a new, different life. it was hoped that the psychologist would be there in the diagnosis, inside the clinics. His presence would help patients as well as a parachute helps to glide in a gentle way rather than ruinously “. But if until a few years ago people with rheumatoid arthritis had to readjust their lives to the disease, “as I myself did 50 years ago – recalls Celano – when we did not have the means available for diagnosis and treatment and to live with disease meant living with sacrifice and pain “, since 2000 life for these patients has changed. “If you get to the doctor immediately, who can therefore make an early diagnosis, even with rheumatoid arthritis it is possible to live a normal life, to become parents – he assures – It means not having to take into account an invisible enemy that is lurking because today, with timely and appropriate treatment, the disease can be absolutely kept under control, but only if the patient respects adherence to the therapy, and the treatments work, as evidenced by the many stories we collect on the association’s website, through the Reumastories section. Patients with their experiences help other patients not to lose confidence “. Rheumatoid arthritis treatments, once based on corticosteroids and anti-inflammatories, now include new treatments, including biological drugs. “These drugs are a revolution for the patient, but also for the doctor – continues Celano – From monoclonal antibodies to selective Jak inhibitors, drugs administered orally, scientific research has made great strides, without which we could not cure ourselves , none of us could go to hospital to improve their health. ” And during the work of Eular2021 it emerged that among the most promising drugs in terms of achieving remission is upadacitinib, from the category of selective Jak inhibitors, administered orally, with great results in terms of efficacy and safety. Not just drug therapies, though. In fact, for the president of Apmarr, the doctor-patient relationship is also fundamental: “The doctor – concludes Celano – must learn to communicate with the patient and the patient to listen to the doctor. But the patient, precisely because he sees the doctor alone and exclusively on the occasion of the checks, at most 4 times a year, he must be more involved in his own treatment path and be able to manage the disease and any emergencies alone, but above all to experience the disease without becoming a bugbear ” .

1 thought on ““Rheumatoid arthritis remission possible if diagnosis is early””