The survey, for 1 in 5 patients, anti-HIV treatment has a heavy impact 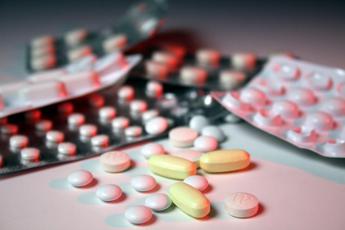 For one in five people, HIV and antiretroviral treatment have a “heavy” impact on everyday life. For this reason, those who live with the AIDS virus ask for therapies that are more “attentive” to the quality of life and long-lasting treatments, which allow them to “free themselves” from the thought of the disease, especially among young people. This is what emerges from a survey by the Icon Foundation whose results, collected anonymously through a questionnaire aimed at understanding the experience on the therapy and management of the disease of people with HIV throughout the country, were presented on the occasion of the Italian Conference on Aids and Antiviral Research (Icar 2021), underway in Riccione. Objective: to understand what are the expectations and concerns about the therapy of people with HIV in Italy. The research examined about 600 HIV-infected people (531 in the first analysis and 580 in the second) on antiretroviral therapy, mostly males, who took oral therapy in a single tablet every day in almost 3 out of 4 cases. The average age of the population was 49, 42% had a university degree, 6 out of 10 people had a stable job. On the treatment front, 64% were being treated with 3 drugs and 31% with only 2 drugs. The different social aspects related to the condition, treatment and impact of anti-HIV treatment and any co-therapies on everyday life, as well as on health status, were assessed. The survey considered only the patients’ point of view, with a clear goal related to understanding the quality of life relative to perceived health. To measure the different aspects, an international questionnaire was used, adapted to the Italian situation, with 31 targeted questions (Hiv Treatment & Diseases Burden – Htdb, Dt Elton et al, Qual Life Res 2017) which consider multiple aspects: load and care in the management of the relationship with the clinical center, from the general state of health to the difficulties in being adherent to therapies, to arrive at the assessment of the level of social life and at work. The research, promoted with the support of patient associations and the support of ViiV HC, shows that one in 5 people with HIV infection significantly perceives the weight of the impact of the disease and of the therapy. The young age, the incomplete satisfaction of the antiretroviral treatment taken and the request for greater interaction with a health system (doctors, nurses, structure) more attentive to the specific condition of the person are the parameters that appear most correlated with the “weight” of the disease . The patients involved in the interviews are looking for “tailor-made” treatments, a close conversation with the treating infectious disease specialist to define the therapeutic path and adapt it to personal needs, for therapeutic approaches that in the future help to “forget” the disease, with administration of care at a distance from each other. Free people with HIV infection from the need to take drugs every day, through long-acting antiretroviral drug formulations, which studies have shown to be able to control plasma viraemia with a single administration months apart is the near future of HIV treatment. But what are the reasons that can push towards this therapeutic modality, leaving the oral treatment? Understanding the reasons for this choice was the goal of the second analysis of the survey, carried out on the data collected through the questionnaire, and which involved 580 people with HIV infection. Significant preference factors were dissatisfaction with ongoing therapy, recent diagnosis, difficulty in organizing the daily routine associated with taking therapy, and the level of frustration associated with daily addiction to therapy. Also in this case the young age seems to be a criterion that characterizes the preference for long-acting therapies. “These are data that are expected in some ways, but which in other respects are striking – says Alessandro Tavelli, Study Coordinator of the Icon Foundation and data manager of the survey, in Milan – What is certain is that long-lasting antiretroviral therapies are very expectations from patients and that it is necessary to understand, at least in a first phase, also thanks to investigations like this, who can have an immediate benefit precisely in terms of improving the quality of life, that is the real rationale for which these formulations have been developed “.

One thought on “The survey, for 1 in 5 patients, anti-HIV treatment has a heavy impact”