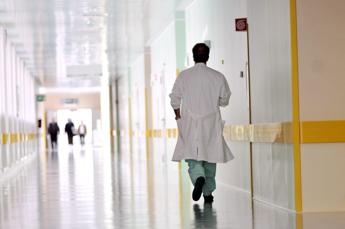 Musculoskeletal pain that has spread for at least three months is the symptom that most distinguishes it, which is associated with numerous other disorders that can persist throughout life. It is fibromyalgia, a chronic syndrome far more frequent in women than in men, with a 5 to 1 ratio and a peak incidence between 20 and 50 years, although it can occur at any age. “It affects about 2 million Italians, but there is still too little talk of them”, says Piercarlo Sarzi Puttini, director of the Complex Unit of Rheumatology of the Sacco hospital in Milan. “Fibromyalgia – he continues – is characterized by widespread musculoskeletal pain, sleep disorders, chronic fatigue, neurocognitive alterations and many other symptoms, more or less recurrent, such as irritable bowel syndrome and headache, which can last forever, with a significant impact on the quality of life of those affected “. The causes of the disease, which many first heard about when American pop star Lady Gaga said she suffered from it, are not known. However, genetic predisposition seems to play a fundamental role “both for the familiarity observed – underlines Sarzi Puttini – and for the presence of various genetic polymorphisms present in the regulation of the nociceptive system. In addition to this genetic substrate, a variety of peripheral and plants shows to have a role in the onset of fibromyalgia symptoms “. “There is in fact – he explains – an evident interaction between genetic factors, environmental factors (physical trauma after car accidents, traumas of a sexual nature, diseases) and individual predisposition linked to the ability to adapt to situations of chronic stress and psychological aspects (anxiety , depression, obsessive-compulsive disorders and post-traumatic stress disorder). All this causes changes in the somato-sensory nervous system, which lead to an altered threshold of pain perception, and is clinically expressed with allodi, or the perception of a painful sensation following a harmless stimulus, and hyperalgesia, which consists in perceiving a painful stimulus as excessively painful. ”As if that were not enough, the diagnosis is an obstacle course: the patient consults many specialists before arriving at the correct evaluation. “The diagnostic criteria – remembers Sarzi Puttini – were originally defined by the American College of Rheumato logy in 1990 and included a history of chronic widespread pain for at least three months and the presence of at least 11 out of 18 tender points. The recognition of fibromyalgia is complex and requires an expert figure for its diagnosis, in fact, there is no biomarker and the 2010/2011 diagnostic criteria include a series of symptoms common to other diseases. These criteria to date – the expert details – are based on an evaluation that includes 2 scores that are added together: the painful areas (0-19) and the symptom severity scale (0-12) “. The patient learns to live with the disease, whose symptoms tend to diminish over time. “The cohorts that have studied long-term patients – remembers Sarzi Puttini – show that about 15-20% can reach a prolonged clinical remission even if fibromyalgia, in the face of traumatic events or situations of prolonged stress, it can resume with the same intensity as onset. In some cases an alternation of functional symptoms with different clinical intensity is observed (headache, irritable bowel, recurrent cystitis, chronic asthenia, psycho -affective). Therefore, we still do not have fully satisfactory therapeutic approaches “for the treatment of this syndrome, often associated with comorbidities.” Disorders of the affective sphere, gastrointestinal affections, obesity, which must be evaluated and treated in an integrated way due to the importance they play on fibromyalgia symptoms “. In other cases, it is associated with autoimmune (rheumatoid arthritis, Sjogren’s syndrome), neoplastic and / or infectious pathologies that “must often be treated in a separate way from fibromyalgia pain”. “The therapeutic approach therefore includes a wide range of interventions, pharmacological or not, and for this reason it must be studied for the single patient “. Although there are no totally effective drugs, nevertheless drug therapy “is important – Sarzi Puttini specifies – for the control of symptoms, for pain and to help sleep. Antidepressants (e.g. amitriptyline), antiepileptics (e.g. pregabalin), painkillers (e.g. tramadol), analgesics / neurotrophics (e.g. L-acetylcarnitine), anti-inflammatory and muscle relaxants are preferred, able to act on the mechanisms that trigger pain in the system central nervous. Among the novelties the use of therapeutic cannabis, particularly interesting even if a controversial drug, but the preliminary results of some studies are rather encouraging, especially with respect to the management of pain and sleep disorders “. Medicines, however, “alone are not enough. The approaches that are able to complement, without replacing, conventional pharmacological therapies, including acupuncture, spa-therapy, ozone therapy, and mind-body techniques (yoga, pilates, Feldenkrais method), are fundamental “, he concludes.

1 thought on “Sarzi Puttini (Sacco): “2 million with fibromyalgia but little is said about them””