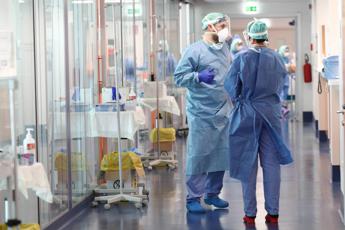 For people with multiple sclerosis, the pandemic has burned 13% of jobs, a percentage that doubles in young people (25%). 12% independently decided not to receive all the treatments to reduce the risk of getting infected and, in the most critical moments of the emergency, 42% did not receive the health services they needed, despite the great commitment of the network of Centers clinics for multiple sclerosis. In addition, two out of 3 people report that they have not received the necessary home care. These are some of the data that emerge from the ‘Barometer of multiple sclerosis 2021’, which provides the updated photograph of the disease in Italy presented to the institutions, Aism and its Foundation, on the occasion of the “1000azionioltrelaSm” meeting, which opens the events of the National Multiple Sclerosis Week. “There were many critical issues that we faced during the year – said Paolo Bandiera, Director of General Affairs and Institutional Relations of Aism – with a continuous dialogue with national and local institutions on issues related to the care and assistance of people with multiple sclerosis. . And more generally to the rights of people with disabilities and serious illnesses: the protection of fragile workers, the maintenance of care, access to medicines and rehabilitation, the priority in the vaccination campaign “. “We still have to work a lot – underlined Francesco Vacca, national president of Aism – in order to get out of this crisis. We must resume all treatment paths from access to drugs to rehabilitation and above all we must give our young people the opportunity to return. to work”. “To solve both problems on which we have been working for some time, and new problems that the pandemic has brought with it – he continued – we must give ourselves concrete objectives that provide certainty for today and ensure a resumption of care and inclusion. Trust, rights, future. With the National Week we open the path to define the call to action on health, work and inclusion, research, to connect all actors, institutions, operators, citizens, the business world and the entire community, in # 1000azionioltrelaSm in taking part in the process to define the priorities of the 2025 Agenda, with responsibility and awareness and seizing the opportunities that the pandemic has offered to restart with more force “. From the data of the Barometer, which highlights the impact of the pandemic on patients, it emerges that one year after the start of the emergency one in 4 people with multiple sclerosis reports that the facilities and rehabilitation services are still inactive and social welfare services are resumed only in 40% of cases. 27% of people with the disease needed psychological support, almost half did not receive it. Another critical element is home care: 65% indicate that their caregivers have been subjected to excessive stress due to the additional care burden resulting from isolation, although 91% of clinical centers for the treatment of the disease (240 throughout Italy) the pandemic had a strong impact on functioning, and in 79% of cases on the quality of services, the personal and professional commitment of the neurologists and nurses of the clinical centers was fundamental for the sick. And in a few months from the beginning of the emergency, the network of Centers has been able to reorganize with teleconsultations, televisions and new methods for the remote management of the disease (1 out of 2 has activated new contact channels), while maintaining the responses essential for care and for emergencies and relapses, activating anti-contagion protocols, trying to follow patients even at a distance despite the objective difficulties of connecting with local services. clinical: in some cases, a neurologist and a dedicated nurse are reached for every 1000 patients, when the threshold of 1 every 250 should not be exceeded to ensure adequate management. However, for 35% of patients, the Center has become more difficult to access and 18% of people in the initial phase encountered additional difficulties in receiving drug therapy, which was subsequently mitigated thanks to innovative solutions such as the dematerialized prescription, the extension of therapeutic plans. , direct distribution for some drugs, and the commitment of Aism itself. Other problems emerge from the Barometer for symptomatic drugs: a significant part, despite partial improvements recorded in recent years, is not covered by the NHS and the cost is borne by the families who they can pay up to 6,500 euros a year out of their own pockets. Then there is the crux of rehabilitation: 65% of patients do not find adequate answers, the problem of the widespread lack of individual rehabilitation plans remains, and during the pandemic 32% of the most serious patients indicate that rehabilitation services have been suspended and 11% had to pay for rehabilitation sessions by drawing on their own or family savings to avoid the damage resulting from the suspension of treatments. The social aspect also had its consequences from the pandemic, especially at work. About 17% of employees with multiple sclerosis have lost some of their income due to unpaid absences and inactivity. The figure rises to 48% for the self-employed, of which a further 6.7% lost all their income from work. One in 3 workers with the disease indicates a negative impact of the pandemic on participation and job inclusion even if 1 in 2 managed to access smartworking, a tool considered by 71% of the interviewees to be a substantially positive innovation despite the risk of loss of social inclusion The situation of women with multiple sclerosis is even more critical, in this case the figure of people who feel anxious, isolated (over 65%), who have lost confidence in the future, reaches 55% they fear a worsening of the disease due to the emergency. Finally, the anti Covid vaccines: between March and mid-April 2021, 17.5% of people with multiple sclerosis received the vaccine. “A clearly improved figure to date, even if there are still strong differences from region to region, which have activated very different methods: those directly involving the Clinical Centers, those general practitioners, those focusing on online platforms, or also by combining the different solutions “, declares Mario Alberto Battaglia, president of Fism, the research arm of Aism.