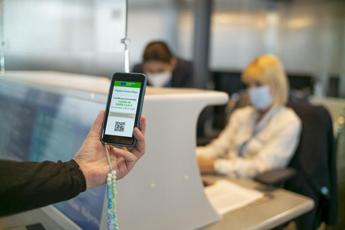 Green pass work, Fabrizio Pregliasco says no to free tampons. “No, the State no, it shouldn’t pay the tampons. It already pays for the vaccine”, says the virologist, a professor at the University of Milan, thus intervening in the debate in view of the entry into force of the obligation of the green certificate for workers from tomorrow Friday 15 October. Read also “I say – he says to Adnkronos Salute – that we must throw ourselves into these very heavy waves keeping the bar straight. It is hard, it is not easy and it will be a political choice to find, as often happens, a mediation on emergency situations” . Some companies, he recalls, “in dribs and drabs have already decided to say ‘pay me’, but it also depends on the situations”. However, Pregliasco opens on the hypothesis of swabs charged to the state in particular cases: “I think that a ‘citizenship swab’ for the poor there can be “, says the virologist. Also because, he notes, “I see that often those who are missing are those who are on the margins, irregular, who are far from everything. The mere fact of having to have them swab gives us a little guarantee of safety and in the more it pushes them towards vaccination, because after 3 or 4 times you swab – he stresses – you get annoyed “.

Story of Chiara the surgeon, a facial muscle bears her name

Tumori, Segatti (Strength and smile): ‘With fundraising alongside patients’

One thought on “Green pass work, Pregliasco: “No free tampons””