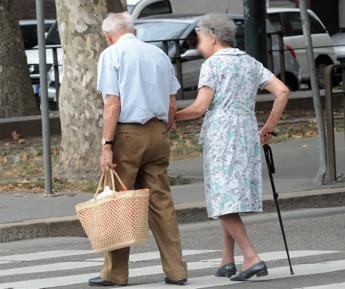 “Ours is a country of ‘old’, fragile people, today there are almost 14 million and, within a generation, there will be 20 million. We have over 700 thousand over ninety, 14 thousand centenarians and 1,500 people aged 105. 110 years, however, do not exceed 12. This is probably the limit. Those that indicate 120 or 150 years are, in my opinion, ‘pallisti’ “. This was stated by Roberto Bernabei, professor of internal medicine and geriatrics at the Catholic University of the Sacred Heart in Rome and president of ‘Italia longeva’, speaking at the online meeting “Protecting yourself from herpes zoster, an opportunity not to be missed. When innovation meets prevention “, organized by Gsk Italia. “Today – he added – we are all focused on the possibility of healthy aging. Which is built on a series of variables. Many, on which we must work because healthy aging is not free. The only free element is vaccination prevention because with a small injection you take a step towards healthy aging “, added Bernabei, who invited us to reconsider the model of the passive elderly person, sitting in front of the TV, who asks nothing. “The world is changing – he specified – the baby boomers, who were between 25 and 45 years old in the 90s, were between 50 and 62 years old in 2012, today they are between 65 and 85. They are the protagonists of aging. . And they are the people who made 1968, the sexual revolution. They are people who will approach aging by dealing with any ailments differently and have more attention to quality of life. So they will ask for more, they will want to be informed. We will have the therefore, the possibility of vaccination prevention in an absolutely different way “, adds the geriatrician. Bernabei also invites us to use what the pandemic will leave us to increase vaccination coverage in general, “using the organizational model of vaccination that is being built”. As for the herpes Zoster vaccination, the geriatrician finally recalled that “one in 4 people will develop the infection in the course of their lives. And half of adults who reach the age of 80 are subject to having it. Since we have an aging world, in fact we will see a further increase in cases if we do not take precautions. Over 150 thousand cases are calculated per year. And, among these, one in 5 people will have post herpetic neuralgia. Remember that there are no drugs to treat this pain. even the strongest analgesics do not always help. So there is an important rationale for vaccination. There is possible prevention, “he concludes. Vaccinations of adults and the elderly in Italy still ‘stalled’. “We do not yet have the definitive data on the 2020 influenza vaccination, but they would not seem comforting. Just as the anti-pneumococcal data are not comforting. While those against herpes zoster are even disturbing” continues Bernabei. of important information “, added the geriatrician, specifying that” the new frail are different from those of the past, they are more aware, they are not people who ‘throw themselves on the couch’. They want to improve and get better. Everyone’s effort must be to find forms of communication that intercept this different attitude to life and this different curiosity of the new frail “, said Bernabei, suggesting more ‘spectacular’ forms of involvement such as” vaccinating Don Matteo live on television or, internationally, Robert De Niro “.