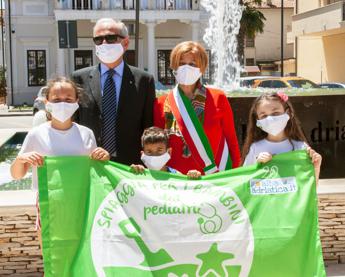 2,753 Italian and foreign pediatricians chose them. These are the beaches suitable for children. In 2021, a total of 148 locations – including some abroad – that have obtained the recognition will be able to fly the Green Flags on their coasts. The list will be unveiled on Monday 31 May. The appointment with the press conference for the proclamation is at 10 in Alba Adriatica, in Abruzzo, a region that boasts a record: it has the highest density of green flags in relation to the length of the coasts. And here the services for children are 4 times higher than the Italian average. On 10 July, again in Alba Adriatica, the official handover ceremony to the mayors and ambassadors of the 148 green flags 2021 will also be held for the second consecutive year, as part of the fourth International Workshop of Green flags – VII National Convention on Flags Greens. The event can be held in the presence, explain the promoters, given the current good epidemiological trend of Covid. On Monday the press conference in which the beaches that are friendly to children will be announced will be at Villa Flaiani. Speakers will be the pediatrician Italo Farnetani, president of the event, the mayor of Alba Adriatica Antonietta Casciotti, together with some councilors who will illustrate the event and the collateral events organized by the municipal administration. Also present were some mayors from Abruzzo and Marche and, in videoconference, the mayors and ambassadors of the places awarded for the first time the green flag of pediatricians.

1 thought on “Summer, 148 child-friendly beaches. The green flags are unveiled on Monday”