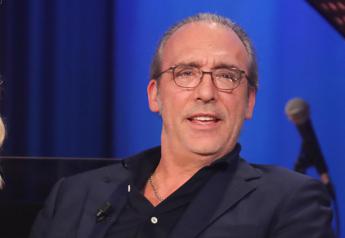 From the power of images to the power of the voice: the web series ‘In famiglia suddenly’, which tells the impact of lung cancer on family life, renews its narrative becoming an audiobook with one of the best known and most appreciated Italian voices: the actor and voice actor Luca Ward. In addition to the story of the audiobook, in the podcast, which tells the testimonies of Paoletta, Daniela, Giuseppe, Stefano, the voice becomes the essence of the patients ‘experience and an in-depth tool together with information on the disease and on patients’ rights and true stories collected with the contribution of patient associations. These are the tools of the ‘voice revolution’ of the information campaign ‘In family suddenly. Let’s fight lung cancer together ‘, promoted by Msd Italia, with the patronage of Salute Donna Onlus, Salute Uomo Onlus and Walce (Women against lung cancer in Europe onlus), available from today on the website www.infamigliaallimprovviso.it. “In spite of the numbers and its severity, until a few years ago very little was known about lung cancer and it was not talked about in the media. In a word, the patients were alone”, says Annamaria Mancuso, president of Salute Donna Onlus and Salute Uomo Onlus. “In recent years, however, things have partly changed, thanks to the research and development of innovative and targeted therapies, with an improvement in the life expectancy and quality of life of these patients. A different era has begun, characterized by from a new story of this serious tumor; a story that starts from personal experience and from living with the disease that involves the whole family “. Hence the patronage of the countryside. Lung cancer, with 40,882 new cases per year, is the third most frequent neoplasm in the Italian population, representing the first cause of death in men and the third in women. “The Covid-19 pandemic has certainly caused new complexities in the management of patients with lung cancer, with multiple difficulties and on various fronts”, explains Silvia Novello, Professor of Medical Oncology at the University of Turin and head of the Simple Departmental Structure of Pulmonary Oncology , Aou San Luigi Gonzaga of Orbassano, and president Walce. “However, already during the first pandemic wave, there was ‘recalibration’ and compensatory maneuvers were implemented to guarantee patients the proper diagnosis and treatment”. “In the last 10 years – underlines Novello – there have been many news and changes in the diagnostic process and therapy of lung cancer: two of the most impacting changes, the introduction of immunotherapy as a treatment weapon and precision medicine as a new treatment strategy. To these have been added molecular tests, fundamental for a correct therapeutic definition, for which uniform access on the national territory is hoped for. These changes have significance and mean a lot in terms of quantity and quality of life gained “. In the 10-part audiobook we find the aspiring director Fernardo, the entrepreneur Carlo with his family and all the other characters from the web series ‘In famiglia suddenly’, written and directed by Christian Marazziti. Luca Ward’s narrator introduces the dialogues and the different situations. “The project immediately involved me – says Ward – especially for the story I had the opportunity to tell: the story of Carlo and his family, upset by the appearance of lung cancer. A painful event that makes us understand how much it is really important to unite and rediscover mutual ties to fight this disease together. The biggest challenge for me was to tell a difficult theme, always keeping myself on the border between drama and comedy to represent this theme in all its complexity but at the same time convey all the possible nuances that characterize family relationships “, concludes the actor.” Msd has always cultivated the vocation to experiment with new languages ​​and new forms of communication, to encourage the sharing of contents that can generate new knowledge, greater awareness and value and help memorize important information “, declared Nicoletta Luppi, President and CEO of Msd Italy. “The pandemic also reminded us that ‘no one is an island’. This particular historical moment forces us to experiment with new ways of connection and tools of virtual solidarity, capable of keeping us united despite physical distancing”. Hence “the enhancement of the digital ecosystem of ‘In Famiglia Suddenly’, with the new audio contents. A project we are proud of and which well represents the commitment of MSD in oncology that does not just make available therapeutic innovations to improve and prolong the life of people living with a diagnosis of cancer, but which also promotes campaigns and communication projects aimed at raising awareness on the impact of these neoplasms in the lives of patients and family members, on prevention and on the factors of risk to convey correct scientific information “.