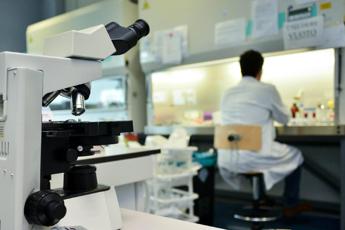 Continuous facial pain and headache, total loss of smell and taste in the most advanced forms, obstruction of the airways with difficulty in breathing, nasal drip, cough, muffled hearing. They are the main symptoms of chronic rhinosinusitis with nasal polyposis, chronic and persistent inflammatory pathology of the nasal cavities. It is a condition that affects around 2-4% of the population and is seen more frequently in people over 40 years of age. Men are more affected than women. 90% of patients suffer from sleep disturbances which can lead to negative feelings and depressive syndromes. “The patient with chronic rhinosinusitis with severe nasal polyposis often presents a complex clinical picture. Recent scientific research has shown that the disease is often triggered by type 2 inflammation: it is an overactive immune system response that can also underlie other diseases such as asthma, atopic dermatitis and allergic rhinitis. that can coexist in the same patient and further aggravate the picture “, explained Gianenrico Senna, president of the Italian Society of Allergology and Clinical Immunology (Siaaic) in his speech during the webinar entitled ‘Don’t bang your nose against nasal polyposis’ promoted and organized by Sanofi. “Today we can intervene on type 2 inflammation, blocking the so-called inflammatory cascade thanks to new target biological therapies based on monoclonal antibodies, which represent a therapeutic strategy that acts on the root causes of the disease”, he added The event was attended by Simona Barbagaglia, president of Respiriamo Insieme Onlus, Mario Bussi, Dire ttore of the Otolaryngology Unit of the Irccs San Raffaele of Milan and president of the Congress of the Italian Society of Otolaryngology and Head and Neck Surgery (Sioechcf), Gaetano Paludetti, president of the Italian Society of Otolaryngology and Head and Neck Surgery and director of the Uoc of Otolaryngology of the A. Gemelli Irccs University Hospital and Catholic University, and Michele Barletta, head of the Sanofi Franchise Immunology Respiratory Area. Commonly considered of “topical” origin, ie localized at the level of the nasal mucous membranes, where polyps develop, nasal polyposis, on the other hand, is a much more complex pathology. Thanks to research advances – it emerged from the online meeting – knowledge of the pathophysiology and immunology underlying this pathology has improved and it is seen as 80% of people living with chronic rhinosinusitis with nasal polyposis in the United States and in the European Union has high levels of biomarkers of type 2 inflammation, which has been understood to be the underlying cause of nasal polyposis. The standard therapy for nasal polyposis “includes local topical drugs, cortisone drugs, nasal washes, antibiotics if necessary, in addition to surgery – underlined Bussi -. New biological drugs are added to these therapies. In the United States, the use of the dupilumab monoclonal antibody in the treatment of severe nasal polyposis is already underway. We are a little behind, Aifa has accepted the prescription and marketing for only two and a half months “. Recent studies – it was reported during the tutorial media – have shown that dupilumab improves symptoms, smell and quality of life, reduces the volume of nasal polyps, nasal obstruction, recourse to surgery and use. of systemic cortisone. It can be prescribed by ENT specialists, allergists and immunologists at specialized hospitals and administered through subcutaneous injections thanks to a device developed to allow the patient to self-administer at home every two weeks. “Biological therapies are good – concluded Paludetti – but numerous studies will be needed to understand how and who to treat with these new drugs. They certainly represent a very interesting frontier for the management and treatment of the disease “.