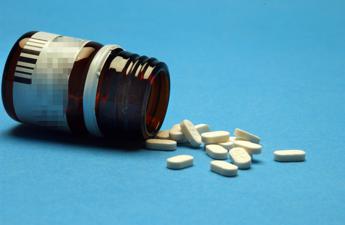 Without the use of generics, according to the latest data released by Egualia, Italian spending on pharmaceuticals would be from 5 to 7 billion higher, with obvious limits to the possibility of financing assistance and innovation that make the right to health truly universal. The pharmaceutical scenario in Italy has changed a lot and, on the occasion of its 25th anniversary of activity, Doc Generici, an Italian company based in Milan, takes stock of its experience in the generic drug market in Italy. It has been 25 years since, in 1996, the first generic drug law was promulgated in Italy, which introduced the possibility of marketing a drug that contains the same amount of active ingredient and has the same bioavailability as a patent brand drug. expired, with a real benefit for the sustainability of the National Health System (NHS). “Today not only the perception of the prescriber and the pharmacist has changed, – explains Gualtiero Pasquarelli, president of Doc Generici – but also that of the health authorities who no longer question the quality of the generic drug which is exactly the same as that of the specialties. . But, above all, the approach of the patient who no longer looks suspiciously at the generic has also changed, associating the cost with the quality of the product “. More confidence in generic drugs – reads a note from the company – in fact means understanding that a lower price on the market does not imply lower production standards and that, in this case for example, a lower price depends only on the absence of the research and development costs that are instead normally necessary for the production of a specialty drug. For this reason, Doc Generici has had over the years an approach strongly focused on quality – reports the company note – which has allowed us to have operations to date as well as and 40 pharmaceutical manufacturing companies, keeping over 60% of production in more than 19 pharmaceutical workshops operating in Italy, 36% in Europe and only 4% in non-EU countries, following the same reference standards everywhere to guarantee quality and above all ensuring therapeutic continuity and constant availability of products throughout the country. In a period of health and economic crisis such as that of the last year, the savings generated by generic drugs have been considerable – we read – if we think that only in the 2019 hospital spending financed the purchase of 1.5 billion minimum divisible units of medicines, of which about 30% were generic drugs. In addition, during the past year, access to screening and routine visits has dropped by about 20-30% and accessibility to generic drugs has guaranteed treatment not only for patients suffering from Covid-19, but also and especially to chronic patients. “We celebrate 25 years of a success story, characterized by our fundamental pillars: pragmatism, adherence, ability to listen to the market and speed of execution. We have been supporting these values ​​together with doctors and pharmacists for 25 years. who have chosen us. – declares Riccardo Zagaria, CEO of Doc Generici – At this point we can only look to the future with confidence and optimism and we are ready to take up the new challenges that come from therapeutic areas to be consolidated, such as cardiovascular, but above all from those still to be conquered, such as diabetes “.

1 thought on “Thanks to generic drugs, over 5 billion savings for the NHS in 2020 alone”