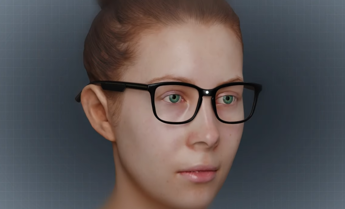 The loss of smell, in scientific terms anosmia, was one of the most evident and common symptoms of Covid-19, especially in the first epidemic waves. Although it is now much less common with Omicron, some patients have not yet fully or partially recovered their sense of smell. But Covid patients are not the only ones affected: it happens that some patients with neurological diseases such as Parkinson’s are affected. Two American researchers who have been working on anosmia for 40 years have developed a bionic nose, a prosthesis inserted in a pair of glasses, which sends signals to a receptor under the skin which in turn translates odors into electrical impulses, picked up by the olfactory bulb, structure of the brain. American researchers from the Department of Physiology and Biophysics of the University of the Commonwealth of Virginia, Richard Costanzo and Daniel Coelho, have developed a prototype whose operation is similar to that of a hearing aid, but which looks like a normal pair of glasses, which promises to restore lost olfactory abilities. Namely: a human nose has 400 different types of olfactory sensors, capable of distinguishing more than 1 trillion odors. The prototype “is now ready to be tested on humans suffering from anosmia”, indicate the specialists. It aims to restore the nerve connections of people who have lost their sense of smell by sending signals to a receptor – such as a cochlear implant for deaf patients – located under the skin, which will translate odors into electrical impulses that the olfactory bulb can recognize. the final goal of the team – reads the French weekly Le Point online – is to create an electronic nose, the most immediate is to expand the range of odors of these sensors: the current prototypes, in fact, barely recognize a dozen of them. But researchers continue to study to understand the path by which the signals will be sent to the brain. Normally, information is transmitted from chemoceptors in the nose to two olfactory bulbs, located behind the nasal cavity. They are then processed there and sent back to other parts of the brain specifically dedicated to memory and emotions. So there is still a lot to do to arrive at a functional prosthesis and “years of study will still be needed”, warn the two researchers who do not want to give false hope to patients who have lost their sense of smell.