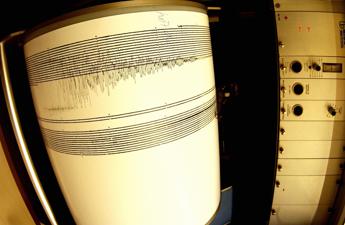 “Explosions, earthquakes, contaminations and attacks are the maxi emergencies that cause a hyper influx of polytraumatized patients in hospitals, whose management requires an organization at an extra and intra-hospital level, according to an adequate planning and foreseen by the Peimaf (Internal emergency plan massive influx of injured, ed) to limit the negative impact of catastrophic events “. Thus Vincenzo Caiaffa, president of Otodi (Orthopedic hospital traumatologists of Italy), presenting the themes of the 14th Trauma meeting underway in Riccione from today until October 7, entitled ‘The maxi emergencies and major traumas’, of which they are presidents Francesco Cudoni, Sebastiano Cudoni and Giuseppe Dessì. Being aware of the role, “knowing where, how and who must carry out certain actions in emergency situations – continues Caiaffa – conditions the management of unpredictable events and their harmful impact. The recent experience of the Covid-19 pandemic has clearly shown that, in addition to to cope with structural or organizational deficiencies, it is necessary to develop and possess reference models capable of effectively addressing events in order to limit their impact on the population and on human activities, under penalty of crises whose consequences can prove to be dramatic on a global scale “. Major trauma, such as after an accident, typically involving the pelvis and lower limb (fracture of the tibia and femur, excluding that of the femur in the elderly),” already finds preparation in the trauma surgeon – continues President Otodi – What we have to learn is not to operate (on this we are at the forefront at the international level), but a identify the patient who must be centralized in the hub with all the specialties “, distinguishing him” from the one of lower complexity who does not need neurosurgery, the maxillofacial and vascular surgeon and who can remain on standby “.” After the tragedy of June 2009 (the emergency that was created in Piazza San Carlo in Turin for the Champions League final, ed) – recalls Caiaffa – the ministry has created an implementation plan, which all the Regions have implemented, for the management of events in to which a greater number of injured arrive than can be accepted in a hospital structure. Often there are people who arrive on foot and who could be treated in the event scenario. The organization involves the health organizations, the armed forces and the firefighters who must be coordinated so that the hospitals “can give care according to the needs of patients. The Otodi is a company with 2,100 members and also takes care of their training. “We have the Boot camp underway for the third year trainees and, for the fourth year, we foresee a week of training. We can count on an excellent faculty “, concludes the president.