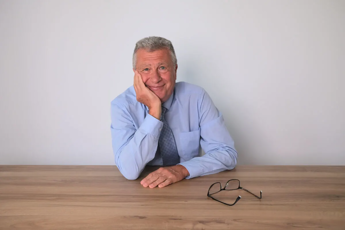 While legal, alcohol is a powerful drug that can lead to addiction. Its consumption is then connected to a huge variety of physical and psychological health problems (injuries, mental or behavioral disorders, gastrointestinal, cardiovascular, skeletal, immune, reproductive system, tumors and prenatal damage) to an extent proportional to the ingested dose. The European Institute of Addictions (Ieud), interpreting the alarming data released by the Higher Institute of Health (Iss), according to which the pandemic has caused alcohol consumption at home to soar up to 250%, launches a vertical site (dependencydaalcol.it ) with detailed information to cope with this addiction. It also includes a self-assessment questionnaire from the World Health Organization, developed for the identification of alcohol-related disorders, which proved to be effective and accurate in identifying the risky and harmful use of alcohol. Families are the best allies of the European Addiction Institute (Ieud) when dealing with a person suffering from problematic alcohol use at home. The pandemic – a note reads – has affected our behavior. Closed premises, more free time, loneliness and anxiety have prompted many people to increase their alcohol consumption. Sometimes this behavior is unconscious, almost always those who indulge in a few more glasses tend to strongly underestimate this further consumption. Those who are fully aware of this growth are alcoholic companies and online distribution giants who have been equipped for months to make the most of this business opportunity. Buying online wine, beer, spirits or even cocktails that are delivered within half an hour directly to your home and at the right temperature, has become an established practice for many young people and not only in the main Italian cities. The ISS draws attention to the increase in alcohol sales, which would have been 180% in the first six months of the year with increases for online wine shops as high as 425%. And if there is a boom in purchases among young people in the age group between 18 and 24 years (+ 209.2%), there has also been a growth in interest in the over 65 group. whose percentage increased by + 100.6% in 2020, compared to women, whose percentage grew by + 65.3% in the same period. “It is a worrying signal that we too are seeing – says Raffaele Lovaste, director of IEuD -. The requests for help received by our Institute from family members of people suffering from problematic alcohol consumption have increased by more than 20%. ‘in fact in the family, in situations of more or less tight lockdown, which fortunately is loosening, which can become unbearable to share the days with those who drink “. Lying about alcohol consumption is a hallmark of the heavy drinker. A recent survey conducted in England found that a third of respondents do not tell the truth about their drinking habits; of these, 59% lie to their doctor, 43% to parents, 40% to friends, 37% to partners, 32% to work colleagues, 31% to children. “We start by lying about the actual consumption of alcohol and we end up hiding the bottles in the cupboards, disguising the drinks by pouring them into harmless containers such as water bottles or perfume bottles in order to always have them available. By doing so – continues Lovaste – continues Lovaste – a dangerous circuit is triggered that can lead to addiction. The family therefore becomes essential to intercept these behaviors and is a precious ally in decoding the correct situation of the family member “. Beyond taking care of the person with alcohol problems, the Ieud’s peculiarity – the note details – is to intervene also on his closest relatives, indicating them the most correct ways to deal with the enormous problems that an alcohol addiction brings in daily life. During the pandemic, 63% of Italians who drink in a risky way increased their consumption with the possibility of evolving towards a real addiction. Among the 2 and a half million “low risk”, 28% drink more, reaching the level of “health risk”. With these alarming numbers, the European Addiction Institute has to deal every day, which is why it has organized a team of therapists who also provide online assistance, because only by getting out of the conspiratorial behaviors that alcoholism induces, one can hope to get out of it, explains the ‘Ieud, who specializes in the treatment of addictions. Founded in 2016 in Milan, where it is based, the Ieud is characterized by innovative ‘from home’ care paths using new technologies. The priority of those affected by an addiction is to protect their private life and their own with particular attention identity during the therapeutic process, which is why Ieud – the note from the Institute recalls – has activated numerous protocols for the protection of privacy.