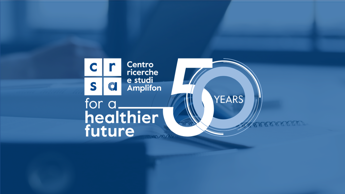 The Amplifon Research and Studies Center (Crs Amplifon) celebrates its 50th year of activity and talks about itself in a national conference, between objectives achieved and new challenges for the future. At the center of the works – which will open tomorrow, Tuesday 11 May 2021, at the Auditorium del Crs Amplifon in Milan, and will continue for the next three days – the goals of research in otolaryngology and audiology in Italy and the future prospects, in a context rapidly changed also and not only due to the Covid-19 pandemic. The conference, entitled “Crs For a Healthier Future” – reports a note – will also be the occasion for the presentation of some important works and research projects in the medical-scientific field on issues related to hearing and their multiple implications. Among these, in particular, two studies by Ettore Cassandro, head of the Department of Otolaryngology, Audiology and Phoniatrics of the University of Salerno which, respectively, focus on the role of hearing loss in accelerating cognitive decline and on Neurological impacts caused by hearing loss on people affected by it. The two papers, which will be discussed in the opening round table of the symposium – continues the note – represent a living testimony of the progress of scientific research in otolaryngology and highlight the importance of an increasingly multidisciplinary and interconnected approach to identify the best treatments for patients, not limiting scientific observation to only the predominant disorder. Hearing loss, in fact – underlines Amplifon – also has a significant impact on the neuro-psychological sphere of people, with a consequent worsening of the quality of life and an increase in the occurrence of reactive depression, cognitive decline and long-term memory disorders that make an all-encompassing analysis is necessary, in the name of collaboration between various medical specialists. high specialization in deafness of the Irccs Casa Sollievo della Soflievo in San Giovanni Rotondo, of diagnostic teleaudiology in the airport field, realized with the collaboration of the Amplifon Research and Studies Center, of the start-up Otohub, part of the Amplifon group, and of the Italian association of digital health and telemedicine. The initiative, born on the basis of the current emergency context – reports the note – has seen the realization of over 100 remote audiometric tests for auditory evaluation, with very satisfactory results both from a scientific point of view and for the logistical aspects of archiving, reporting and digital signature, and a considerable containment of costs and implementation times.A scalable and replicable project that has confirmed how audiology can have a future also digital – integrating its natural connotation in presence – fitting perfectly into a trend that is now essential for the entire medical-scientific sector, with significant advantages in terms of improving the duration of the doctor-patient relationship, and the development of synergies to actively promote a new way of being alongside the patient. “Beyond its celebratory aspect, the 50 years of Crs Amplifon represent a great opportunity for sharing and debate to explore a phenomenon – such as that of hearing loss and related pathologies – which becomes increasingly crucial not only from the point of health care but also for its social connotations “, underlined Fabrizio Alfieri, director of the Amplifon Research and Studies Center.” In fact – continues Fabrizio Alfieri – we have always set ourselves the goal of improving and encouraging research and development in this medical field , accompanying scientific activity with a strong dissemination and awareness-raising action also at a systemic level. Our latest initiatives go in this direction, including – for example – the support to institutions such as Unamsi and Siaf for the creation of the information brochure ‘Feel better’, which aims to promote correct information on hearing loss “. Furthermore, “Crs For a Healthier Future” will represent an opportunity to present two important prizes promoted by Crs Amplifon: the ‘Crs Ear Award’ for doctors who have distinguished themselves for their social commitment in the last year, and ‘The Best Researcher of the Year ‘, the award dedicated to the most deserving scientific research in the ENT field.After tomorrow’s appointment, the celebrations of the fiftieth anniversary of the Crs of Amplifon will continue on May 12, 13 and 14 with three symposia dedicated respectively to the territories of Campania, Emilia-Romagna and Lombardy.