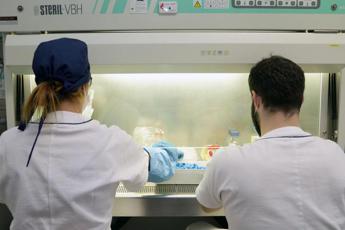 The covid variant identified in South Africa rises to the fore. Symptoms, vaccine efficacy: what do we know about the African mutation? Has it already arrived in Italy? What actions has our country taken and what measures are being evaluated internationally? Scientifically referred to as B11529, the variant was first identified on November 11 in Botswana and has a “huge number of variations” that could allow the virus to bypass immunity. Read also Contains 32 variations of the spike protein, the part of the virus that most vaccines use to create immunity against covid. In addition to cases in Botswana, the variant has been found in South Africa, Malawi, Hong Kong, in a patient who has just returned from South Africa, and in Israel. Epidemiologist Maria Van Kerkhove, an expert at the World Health Organization (WHO), says that “there are currently fewer than 100 complete sequences available. We don’t know much about it yet. What we do know is that it has a large number of mutations and the concern, when you have so many mutations, is that this may impact how the virus behaves. Now researchers are teaming up to understand where these mutations are and what they could potentially mean for our diagnostic tools, the our therapies and our vaccines. It will take a few weeks for us to understand what impact this variant has. ” According to biologist James Naismith, director of the Rosalind Franklin Institute at Oxford University, current vaccines will “almost certainly” be less effective against this new variant. According to Naismith, mutations in the variant suggest it could spread more rapidly. And therefore “he will inevitably reach the United Kingdom”, but “the travel ban will delay his arrival by perhaps a few weeks”. In the meantime, several countries, including Italy, have blocked flights from South Africa to avoid “importing” the new variant. Among them Great Britain, which has temporarily suspended air connections with South Africa, but also with Namibia, Botswana, Zimbabwe, Lesotho and Eswatini. The same has been done by Israel, which will ban its citizens to travel to South Africa. The new variant was identified on a citizen from Malawi. Israeli health authorities suspect that two other people may also have been infected with the same variant and will therefore have to remain in quarantine until the outcome of the test.

Covid, WHO says no to healed plasma: “Expensive and useless treatment”

One thought on “African variant covid: symptoms, vaccines, what Italy does”