Ombretta, physician attacked: “It won’t end as long as they leave us alone” 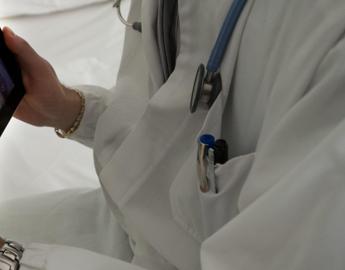 “They know your car, they recognize your voice on the phone, they know that at night in that place you will be alone”. And so we become “very easy prey to attack”, female doctors who may “not return home at the end of the shift” and who “will continue to risk their lives until they are left alone”. For Ombretta Silecchia, a family doctor from Bari, who was attacked while she was on duty as a doctor, “loneliness is the most important risk factor. If it is not eliminated, we will never solve anything”, even after the law in force against attacks on healthcare personnel. “It is unacceptable”, denounces the ‘pink coat’ who brought his testimony today in Rome, during the conference ‘The prevention of violence against health workers’, organized at the dicastery on the occasion of the International Day for Elimination violence against women. “Mine is a story that can be defined as ordinary violence – she said – very similar to the one that the colleagues who work in the continuity of care service, the so-called medical guard, could tell, one of the sectors that unfortunately boast the sad record of aggression , often the place of premeditated violence. This is what happened to me “, because” when a woman works in an isolated location, completely alone, at night, or goes to the homes of complete strangers, the risk to which she exposes herself it is a very high risk and very often users who are no longer patients find very easy prey to attack “. In the case of Ombretta the ‘torturer’ was” a convict under house arrest, addicted to narcotic substances which he required almost daily to be prescribed . First I was stalked, then one evening I was threatened after my refusal in the face of yet another improper prescription request. It went well for me – says the doctor – I am here today, I talk about it and I think it is right to do so. But some colleagues did not return home after the shift, and others suffered terrible violence, sexual violence, kidnapping, real rape. And all this is unacceptable “, he urges.” It is unacceptable that we can continue to work alone today – he insists – Surely the law, the Observatory, are fundamental safeguards, they have been enormous steps forward from a legislative point of view. But as long as the organization of work does not change, and therefore also the structural organization, then nothing will change. Every night they will continue to risk their lives “.

Omicron variant, Ecdc: “Out of 33 cases none serious and zero deaths”

One thought on “Ombretta, physician attacked: “It won’t end as long as they leave us alone””