The advice of ‘Io non sclero’ to deal with multiple sclerosis 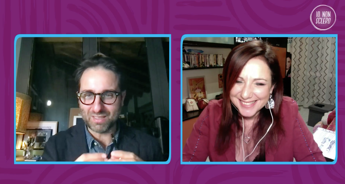 Multiple sclerosis, a neurodegenerative disease that affects the central nervous system, is less scary today. Thanks to treatments and research advances, those forced to live with MS can now maintain a good quality of life. Yet this pathology, in many cases unpredictable, can cause uncertainty in the lives of patients and their families. How to deal with uncertainty? Ask those who live with multiple sclerosis: this was the message launched yesterday during the event broadcast live on the Facebook page of “Io non sclero”, the project developed by Biogen and the National Observatory on Women’s Health (Wave) , in collaboration with the Italian Multiple Sclerosis Association (Aism) and with the patronage of the Italian Society of Neurology (Sin). An opportunity to meet, which celebrated an online community of over 78,000 people and which turned the spotlight on the life paths of those who knew how to react to the uncertainty caused by the disease. Stories that can be of inspiration for all those who in this period have experienced for the first time the uncertainty that the Covid-19 pandemic has brought with it. The live video is available online on the Facebook page @ IoNonSclero.it. The virtual host of the event was the Irccs Institute of Neurological Sciences of Bologna, which opened its doors to this debate: “We have welcomed the invitation to take part in this event, which highlighted the strength and the resilience of those who face multiple sclerosis every day – said Alessandra Lugaresi, of the ISNB Multiple Sclerosis Center -. Living with MS means knowing how to accept and face, from the moment of diagnosis, the uncertainty and unpredictability, conditions that many people have experienced with the pandemic. I believe that initiatives such as “Io non sclero” make it possible to bring out important needs of people with multiple sclerosis, which go beyond the purely clinical and therapeutic aspect. Within the community it is possible to compare and share not only experiences, but also solutions to problems concerning the emotional and human sphere “. Among the testimonies, Antonella Ferrari, actress and godmother of Aism for over 20 years, stands out: “For me – Ferrari recalled – governing uncertainty was waiting twenty years before receiving the diagnosis of multiple sclerosis and, subsequently, having to come across prejudices and fight with the widespread ignorance of those who saw me exclusively as a disabled person and no longer as the person and actress I am. I have the opportunity to raise awareness in Italy and the honor of having become an ambassador for all those who are affected by disabilities and want to tell their story of strength and revenge. For this reason I am grateful to be able to become part of a project that allows people with SM to make their voices heard ”. It is estimated that there are about 2.8 million people with multiple sclerosis in the world, of which 1,200,000 in Europe and about 130,000 in Italy. “Io non sclero” was born to support and give a voice to people who have decided not to give up in the face of multiple sclerosis and since 2014 it focuses on stories and testimonies, renewing itself year after year with new and current projects, which allow people with SM to make their voices heard. “The success of this initiative – explained Emanuela Caputo, Fondazione Onda’s communications manager – lies in having placed at the center not the disease but the people: the real protagonists are the patients and their families, their life stories and their dreams. This year the project takes on an even more important role because it wants to go beyond the confines of the community in order to be a moral support not only for those living with this disease, but for all those who need support to regain the energy to face a future full of uncertainties due to the pandemic ”. Francesco Vacca, national president of Aism, echoes her: “It is a project that is very close to our hearts because it is a way to tackle SM together, as protagonists, which for years has involved an increasingly wider online community. We at Aism are convinced that sharing is a fundamental element, because it opens up the opportunity for a confrontation between people who need to recognize themselves in the experiences of others to find their own strength “. Finally, Ilaria Prato, Corporate Affairs of Biogen Italia, comments: “We are very proud to have wanted and supported the birth of this important project, which over the years has made available to people with multiple sclerosis and their families a space for dialogue and of sharing, with many initiatives that have shed light on courage, positivity and the desire not to stop with multiple sclerosis. We believe in the strength of this project, which year after year continues to grow and represents Biogen’s commitment to respond to needs of people who face multiple sclerosis. ”A commitment that goes“ beyond the therapeutic sphere and concerns at 360 degrees the many aspects that contribute to the management of this difficult chronic neurological disease ”, concludes Prato. All the news on the project, and the hundreds of stories collected in recent years by “Io non sclero” are available on the website www.iononsclero.it or on the free application “Io non sclero” available in the stores for Android and iOS devices.