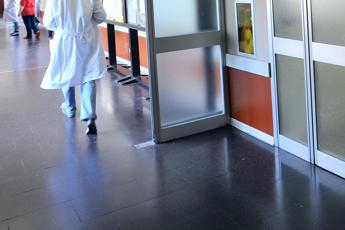 Pending the settlement agreement to settle the issue of reimbursements due to former trainees, the Consulcesi revolution in the courts continues and does so in record time. In just three days, 3 victories for a total of 4 million euros to 164 white coats. “We do not stop – reaffirms the president of Consulcesi Massimo Tortorella – until an agreement is reached between Parliament and the former trainees, we will continue to stand by all those doctors unjustly deprived of their right, that of a fair reimbursement” . This is a dispute that has lasted for many years: the lack of economic recognition of the trainees in the years 1978-2006. In fact, at the turn of the 1980s and 1990s the Italian State violated the EU directives on the subject, not paying the postgraduates of the time the correct economic, social security and insurance treatment and thus marking a profound disparity with their colleagues who worked in the other member countries. Thanks to the legal actions carried out by Consulcesi, thousands of them have already seen their right recognized by the courts of Italy for a total value of almost 600 million euros. Over the course of 2020 alone, despite the blocking of the Covid proceedings, over 30 million euros were awarded to more than a thousand doctors “. The positive sentences. The first of this new series of sentences dates back to last April 19 (Sentence 6563/2021) and led 48 former trainees to a reimbursement of approximately 1,185,008 euros. The second is on April 27 (Sentence 7125/2021): almost 1,156,000 to 66 doctors. The last dates back to 21 May and led to a reimbursement of almost 1,119,000 for 50 former trainees. “We will go ahead to remedy the inequality of treatment that our country has reserved for a large number of its doctors compared to what other European countries have done”, he assures Tortorella. “However, we continue to support the desirability of a settlement agreement between doctors and the state. We believe – he continues – that it is an action of common sense that would allow doctors to immediately recognize their right and the State to reduce the heavy economic outlay of reimbursements that the judgments of the Courts of all levels continue to grant to the applicants “. An agreement of this type would allow the State to save over 78 million euros in the face of potential 15 thousand cases in all levels of justice. “But our priority remains to guarantee our doctors that justice is done and we will do it in one way or another. in the other “, concludes the president of Consulcesi. Consulcesi has made available a free consultancy service for information on the possibility of taking legal action, by contacting 800.122.777 or directly through the website www.consulcesi.it

One thought on “Consulcesi: “Pending agreement, continuing fight over reimbursements to former trainees””