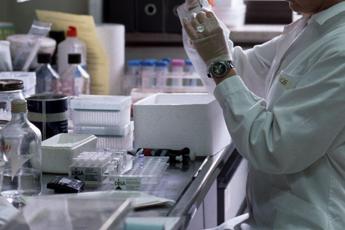 Biological drugs at the forefront of the treatment of rheumatoid arthritis: the news coming from the last Eular2021 Congress (scheduled from 2 to 5 June, in virtual mode due to the pandemic) indicate that the disease is increasingly under control thanks to new biological drugs that are appearing in the clinic to expand the therapeutic armamentarium available. At the annual Rheumatology Congress, a clinical study was presented showing that patients with moderate to severe rheumatoid arthritis on background treatment with methotrexate (Mtx) treated with upadacitinib maintained higher rates of clinical remission and low activity. of the disease for 3 years compared to patients treated with adalimumab. “For patients with rheumatoid arthritis we have new weapons available – confirms Luca Quartuccio, associate professor of Rheumatology at the Integrated University Health Authority of Udine – Among the latest generation treatments there is upadacitinib, a drug that belongs to the ‘ small molecules’, a class of therapeutic agents that have a mechanism of action that allows them to act as modulators of the immune response, reducing the levels of several cytokines that have a pathogenetic role in rheumatoid arthritis. , even compared to other treatments for rheumatoid arthritis, and falls into the class of drugs called Jak-inhibitors, used as a second line after the failure of basic methotrexate treatment. ” For the rheumatologist, the small molecules have repeatedly demonstrated “a remarkable ability to bring patients with rheumatoid arthritis into clinical remission. We are talking about patients who do not respond to methotrexate – Quartuccio emphasizes – or are intolerant to other biological therapies. Drugs such as l ‘ upadacitinib, also shown to be superior to other biological treatments, such as anti-TNFs (adalimumab and abatacept), are very rapid in determining the reduction and disappearance of joint pain, in addition to swelling of the joint. Generally this effect. it manifests itself within the first weeks of treatment. This allows the patient to recover the quality of his life, to work, sleep and, above all, significantly reduce stiffness in the morning, a major problem for patients with this disease ” . “In general – continues the specialist – we now have long-term data that exceed 15 years of observation, which demonstrate a substantial safety of all second-line treatments for rheumatoid arthritis. And even the most recent ones, the so-called Jak- inhibitors, are on the same line if not even with a better safety profile than previous treatments, even if further observations are needed in the long term. The weapons are therefore there, 80% of patients today can find a drug that improves their quality of life and, at best, achieve persistent remission of the disease “. From rheumatoid arthritis, a chronic inflammatory autoimmune disease that affects the joints causing damage to cartilage and bones to disability, there is no cure. 300 thousand Italians know this well (especially women over 65) who every day deal with stiffness, fatigue, swelling, pain at night or when waking up in the hands, wrists and feet. However, today thanks to targeted therapies it is possible to achieve a higher percentage of remission, that is to aim at a clinical condition with no signs and symptoms of the disease. “Remission – highlights Quartuccio – is very important for these patients because they have a disease activity that disappears. In fact, they no longer feel they have the disease. Recovery, on the other hand, is something else: it means feeling well without drugs. Today this even more challenging goal can only be achieved by integrating highly effective drugs, the treat-to-target strategy, ie aiming to achieve remission in the shortest possible time, and early diagnosis. In this way, more than 50% percent of patients have the possibility of reaching a sustained remission over time “. It may take several months for rheumatoid arthritis to be diagnosed. “There are still many cases diagnosed late – highlights the rheumatologist – but in general, with greater education of the population, correct information and collaboration between patients, specialists and general practitioners, this type of delay can be reduced, but a lot also depends on the waiting times of our National Health Service “. “This is why increasing the number of rheumatology specialists and supporting Rheumatology Clinics is essential – concludes Quartuccio – to reduce the high socio-health costs that this disease still causes”.

Omicron variant, Ecdc: “Dominant in the EU, leap into Italy”

Covid Italy, “1,913 doctors suspended because they were not vaccinated”