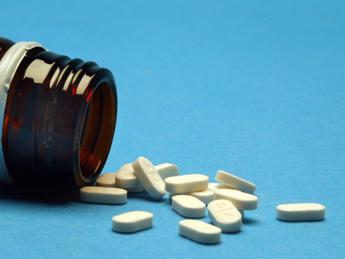 They suffer from severe back pain without understanding why. They are 40 thousand Italians suffering from ankylosing spondylitis, a chronic inflammatory joint disease that typically arises in young people around the age of 30 and can have serious consequences from the working point of view (due to difficulties in carrying out their duties due to pain and repeated absences), psychological and social. If it is not adequately treated, it causes a progressive stiffening of the spinal column with attitudes in forced flexion of the neck and inability to flex the column. “Unlike other rheumatological diseases that are the prerogative of women, ankylosing spondylitis more frequently affects men between the ages of 25 and 40 – says Giuliana Guggino, associate professor of Rheumatology and head of the Rheumatology Unit at the Giaccone University Hospital in Palermo – manifests itself with inflammatory low back pain, a pain that tends to worsen with rest and improve with movement. Pain, however, is also associated with stiffness which is an expression of joint damage over time. For this reason, diagnosis is important. early: the sooner we intervene and the sooner we can modify the natural history of the disease, avoiding irreversible joint damage, also thanks to the new drugs we have available. Among the latest generation drugs is upadacitinib, whose studies have shown efficacy and safety in patients with ankylosing spondylitis, reducing disease activity and therefore the ache”. Lower back pain and joint stiffness, limitations in movement and problems with the spine, pelvis or neck that do not resolve and have no explanation are the symptoms that should not be ignored. Better talk to a doctor. A young man “with lower back pain of an inflammatory type that has lasted for more than 3 months must certainly be watched for suspected spondyloarthritis,” says the rheumatologist. “This type of patient – he continues – generally complains of insidious pain, which tends to become chronic and worsen rapidly, so much so that it requires the help of a specialist doctor. Ankylosing spondylitis, if not treated, can cause ankylosis not only of the sacroiliac joints , but also of the vertebral bodies assuming the classic ‘bamboo cane’ appearance which in fact prevents movement. Consequently, our goal is to intervene quickly with the therapy to prevent the patient from manifesting such serious joint damage “. The therapies for ankylosing spondylitis, and for all spondyloarthritis, are in these days at the center of the European League Against Rheumatism (Eular) Congress scheduled from 2 to 5 June, streamed due to the pandemic. “Among the new therapeutic strategies – explains Guggino – upadacitinib, a drug administered orally, belonging to the category of selective Jak inhibitors, is giving great results in terms of efficacy and safety, as demonstrated by numerous scientific studies in phase 2 and phase 3. presented on the occasion of Eular2021. The so-called Jak inhibitors are in fact modifying the treatment of patients with spondyloarthritis. Furthermore, oral mono-administration certainly represents a considerable advantage “. And upadacitinib is the first innovative pill therapy approved by the EMA for the treatment of spondyloarthritis. “This therapy – continues the expert – is also very effective in the treatment of patients with psoriatic arthritis, a pathology that in our country affects about 100 thousand people, between the ages of 30 and 50. Among the symptoms, in addition to pain that can affect the spine and the pelvis, peripheral joints and entheses are widely involved. Psoriatic arthritis, as well as ankylosing spondylitis, cannot be cured, however the disease can be kept under control thanks to the therapeutic weapons available today: cDMARDS, biotechnological drugs , and tsDMARDs, capable of significantly reducing the activity of the disease. From Eular2021 – concludes Guggino – surely comforting data arrive: we have new therapeutic strategies, effective and safe drugs and we have the means to know the pathogenesis of these diseases. it is up to us doctors to adequately treat our patients “.