Consulcesi: “Bureaucracy and prejudices about cannabis are holding back therapies”, at the start of the course 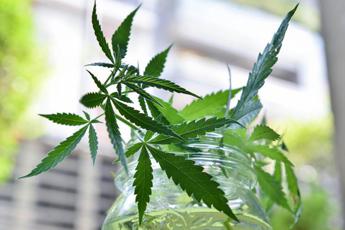 From sleep disorders to skin diseases, from rheumatic diseases to fibromyalgia, up to glaucoma, epilepsy, multiple sclerosis, cancer and many other conditions. “The list of diseases against which cannabis could bring more or less important benefits is very long. However, although the scientific literature in favor of cannabinoid-based therapies is very wide, regulatory and bureaucratic difficulties have generated a lot of confusion over time. to their management “. This is stated by Davide De Rossi and Edoardo Alfinito, respectively scientific consultant and crop coordinator at the Italian medical hemp society (Sicam) and Sicam vice president. “Often the first to get confused are the health professionals, who could instead help to clarify the potential of medical cannabis”, observes Massimo Tortorella, president of Consulcesi who announces a training course on the subject. “There is a need to align the knowledge and the prescribing and preparation activities of doctors and pharmacists”, they note from the support network for the health professions. And “this is precisely the objective of the Ecm professional training course of Health In-Training for Consulcesi Club, entitled ‘Therapeutic cannabis. Future perspectives of an ancient remedy’. During the course, in addition to explaining the origins of the use of cannabis , the experts will illustrate the innumerable genetic variants and the methodologies with which it can be extracted. “Understanding these and other dynamics can allow an improvement in its use”, hope De Rossi and Alfinito. “Many research and clinical evidence show that phytocannabinoids they can be used to support the management of symptoms of various diseases, such as multiple sclerosis – reminds Alfinito – Medical cannabis is particularly effective on bladder incontinence, muscle stiffness, spasticity, chronic and neuropathic pain and quality of sleep “, he adds, specifying that “cannabinoid side effects are better tolerated than opioid-based drugs.” The best known phytocannabinoid is effective against nausea and vomiting of patients undergoing chemotherapy, recalls a note Consulcesi. “Cbd, on the other hand, has biphasic effects: at low doses it suppresses the gag reflex, while at high doses it can even worsen the situation. When combined, Thc and Cbd reduce the incidence of nausea and vomiting in chemotherapy compared to the control group. with placebo “, reports Alfinito. It has also been shown that cannabis reduces intraocular pressure by 25-30% and that it has neuroprotective effects in the retina, continues Consulcesi. Still, Alfinito points out, “Oral doses of synthetic Thc in patients with Gilles de la Tourette syndrome reduce the frequency of tics. These results have been confirmed by a more recent study.” Regions allow real and easy access “, remarks Consulcesi. But “health professionals, if properly updated, could finally help restore the right reputation it deserves to medical cannabis and facilitate access to this therapeutic opportunity to the many patients who could benefit from it”, concludes Tortorella. Consulcesi reminds health workers that “there are only a little more than 2 months to go before the deadline for the extension to comply with the ECM obligation, failure to comply with which could lead to a rain of sanctions”.

One thought on “Consulcesi: “Bureaucracy and prejudices about cannabis are holding back therapies”, at the start of the course”