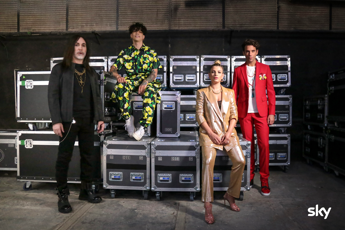 Mika, Emma, ​​Manuel Agnelli, Hell Raton ready to go back behind the counter of the jurors of ‘X Factor’ also for the 2021 edition. According to Adnkronos, the production would be willing to confirm last year’s jurors, who had well worked, even in an edition marked by distancing. The confirmation of the jury would also be a balance of the change in the conduct of the program, which will see the debut as presenter of the young actor Ludovico Tersigni. The actor of ‘Skam Italia’, as known, will take the place of Alessandro Cattelan, who left the talent after 10 years, as he had announced he wanted to do already in the last episode of the last edition. Also this year ‘X Factor’ will have to deal with the pandemic and the first episodes, those of the selections, will be recorded as last year at Cinecittà. However, the venue that will host the live shows in the autumn is still unknown, when, thanks to the vaccination campaign in progress, it is hoped to be able to return to a more conspicuous audience presence than last year.