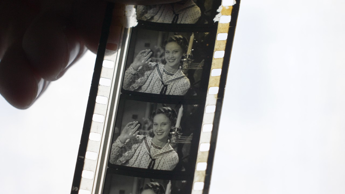 “I was particularly interested in the private aspect of Alida, on which I then built the whole story. I intended to tell the woman who was behind the actress: all the artistic choices of Alida Valli are the reflection of her personality and was necessary to tell it in order to get to the artist “. This is what director Mimmo Verdesca explains to AdnKronos, who signs the subject, screenplay, editing and direction of ‘Alida’, the first docufilm dedicated to the figure of Alida Valli, with the voice of Giovanna Mezzogiorno, produced in collaboration with Rai Cinema and Istituto Luce – Cinecittà, with the contribution of the Ministry of Culture. “Little was known about her life, while her career remains in the memory and in the eyes of many Italians. The path of her life was parallel to the artistic one and could not be otherwise – Verdesca underlines – Alida was a lively and rebellious child, a more modern teenager of her time, a woman who was anticipating and in her own way also undisciplined, who even risked undermining her film career from the very beginning “. to the private archive made available by the family, which I will never stop thanking. Of her Istrian origins she brought with her above all the character, the mental setting of her personality, made up of rigor and pride, melancholy and confidentiality, with a sense of independence which then turned into freedom and modernity also in his artistic career “, concludes the director. (by Enzo Bonaiuto)