Alida Valli was born 100 years ago, from Istria to Venice via Hollywood 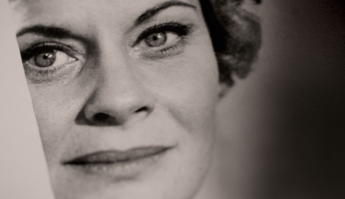 One hundred years ago, on May 31, 1921, Alida Maria Altenburger von Marckenstein und Frauenberg, aka Alida Valli, one of the icons of cinema was born in Pola, in the then Italian Istria now Croatia, from a Trentino father with aristocratic ancestry of Tyrolean origins. and of the theater, for skill and beauty, along a professional season that has unfolded from the era of ‘white phones’ to the Golden Lion for Lifetime Achievement in Venice, also passing through Hollywood. She began her career as an actress at a very young age, in full season of ‘white phones’ with ‘A thousand lire a month’ and ‘9 o’clock: chemistry lesson’ until her first authentic professional achievement in cinema with ‘Piccolo mondo antico’ directed by Mario Soldati in 1941. The interpretation of the song ‘But love no’ is also from that period, before marrying composer Oscar De Mejo in the immediate post-war period in the USA and thus landing in Hollywood, directed by Alfred Hitchcock in the ‘Paradine Case ‘. Two children will be born from the wedding but the marriage will last only eight years, until the divorce in 1952.The return to Italy in the early 1950s marks her definitive consecration as an actress of great level, thanks to interpretations in films such as ‘Senso’ by Luchino Visconti in 1954 and ‘The cry’ in 1957 by Michelangelo Antonioni. From that moment on, he will alternate between cinema and theater, competing with all the classics from Shakespeare to Pirandello; and will cross Pier Paolo Pasolini with ‘Edipo Re’ in 1967, until the meeting in his professional career with Bernardo Bertolucci in 1970 for ‘Strategia del ragno’ and in 1976 for the blockbuster ‘Novecento’, which will be followed by Dario Argento roles in ‘Suspiria’ and ‘Inferno’. Awarded the Golden Lion for Lifetime Achievement at the Venice Film Festival in 1997, Alida Valli will die on April 22, 2006 in Rome, at the age of 84, with the funeral home set up in the Campidoglio. (By Enzo Bonaiuto)

Sanremo 2022, from McCartney to Carrà: the covers revealed

One thought on “Alida Valli was born 100 years ago, from Istria to Venice via Hollywood”