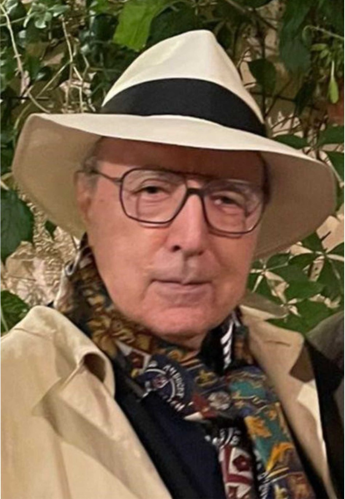 “The protagonist of the book is a woman, named Elena, who writes in the first person and tells her life retracing it, now that she is ninety, in its salient features: since she was a ‘little Italian’ at the time of fascism and continuing in the various stages with the end of the war, the economic boom, the protest in 1968, terrorism, the recovery at the end of the century, up to today, her vaccination against Covid. It is the story of an Italian woman inserted in the history of ‘Italy”. This is what Pierfrancesco Pingitore anticipates at AdnKronos, illustrating his novel ‘Confessioni spudorate’ published by Bertoni, which will be out at the end of October. “But if in the title I speak of ‘confessions’ and moreover ‘shameless’ – explains the author – it is because national events intersect with the private ones of the woman and she openly talks about her loves and betrayals, her emotions and his disappointments “. A woman existing or in any case existed, or just the fruit of fantasy? “He is a fictional character but built on real facts – replies Pingitore – Somehow, paraphrasing Gustave Flaubert’s’ Madame Bovary c’est moi ‘, without wanting to pass for a presumptuous one, one could say that’ this Elena is me ‘… “Why a woman and not a man? “In my professional life I got to know and associate with many women – he begins – Well: this feminine universe has provided me with the material to be able to describe a woman who is both fantasy and real life. Her characteristic is that she always has lived every phase with great intensity and participation: for this reason he has no regrets “. But does Pingitore regret the glories and characters of his ‘Bagaglino’? “No nostalgia, because it is a negative feeling that nails you – he puts his hands in front – But we can say that I regret a bit those whom we have wrongly always derided as ‘political professionals’, coming to prefer the amateurs of politics. But a professional , in general and leaving aside errors and faults and personal behavior, he is always better than an amateur “, is the final ‘shameless confession’ by Pierfrancesco Pingitore. (by Enzo Bonaiuto)

Cinema: in Milan ‘Ogliastra-Island of longevity’, a tribute to the centenarians

Coez is back: “with ‘Volare’ I reshuffle the cards”