Carla Fracci, the pain of the world of dance and entertainment 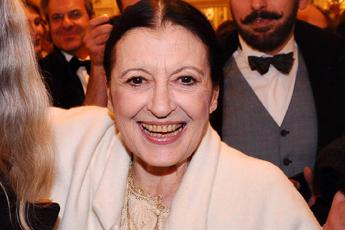 “A feather abandons itself to a sigh of wind”. This is the metaphor that Giorgio Panariello dedicates to Carla Fracci on social media. But from the political world to that of the show, there are many comments on the disappearance of the dance étoile, who died in Milan at the age of 84. “Eternally princess. See you again Carla Fracci”, the words of Lorella Cuccarini. “Upset” the dancer and choreographer Luca Tommassini. “This morning I sent her a message and when she didn’t answer I was amazed. Then unfortunately I learned that it had worsened. An immeasurable loss for the world of dance”, he stresses. “He was a hard soul, with a difficult life, but he never gave up. Never. He tried more than anyone, even in the last few years. He arrived first to rehearsals and left last. He was one of my greatest examples. But she has been for the whole world. The greatest classical dancer that ever existed. ” “We have known each other for many years – says Tommassini moved – and we have done many things together, in recent years I have forced her to get out of bed many times. She said yes because she claimed that I had given her the most beautiful choreography of her life. , which was a ballet we did at Fiorello’s ‘Stasera Pago io’ to the notes of the song ‘Moulin Rouge’, with her locked in a crystal box that was released by a winged man who embraced her and took her out to dance again. Since that day you have never said no to me. But lately she was struggling, she often stayed in bed and I had to convince her with many phone calls and meetings. But with a lot of insistence I succeeded: I convinced her to come to ‘Amici’ and I made her dance at Bocelli’s Teatro del Silenzio two years ago. This morning I was looking for her to get her yet another promise: that of accompanying me to the dance festival that I will do this summer “, he concludes. ” Hi Carla, an enlightened woman, a person before being a kind character, a wonderful star who has made our country great in the world with her extraordinary talent. It was an honor to get to know you, a privilege to see you dance. Dance in heaven for the angels you resemble ”, recalls Alba Parietti on Instagram. ” The greatest of all, Carla Fracci, has gone. An absolute myth. She was the poetry and the light of dance ”, writes Cristiano Malgioglio on Twitter. Film producer ‘Carla’ – “I am shocked, very impressed. I hope the film will pay tribute to her in the best possible way. She was an extraordinary artist. Carla came to the set at La Scala in early March, she was serene, we filming there and taking pictures together on the set. She followed the script step by step. A beautiful moment, extremely emotional. And above all, a moment that gave us the joy of sharing this live with her. ” Producer Gloria Giorgianni tells Adnkronos that she is working on the film “Carla”, dedicated to the artist’s life. “Did she like how the film was going? She saw little but yes, she had read the script, she was kept informed about everything. I would have liked to show her finished – she explains – we didn’t succeed unfortunately. That was the last time I was there. ‘I saw on the set, we met once again for a promo at his house, but only for a greeting “. Teatro alla Scala – “Concussion” for the death of Carla Fracci is expressed by the Teatro alla Scala in Milan, underlining that “the theater, the city, dance, lose a historical, legendary figure who has left a very strong mark on our identity and has made a fundamental contribution to the prestige of Italian culture in the world “. Superintendent Dominque Meyer observes that “with Maria Taglioni, Carla Fracci was the most important personality in the history of dance at La Scala. Raised at the Academy, she intimately linked her name to the history of this theater. In recent months I had the pleasure to welcome her several times to La Scala where she often came and in January we were delighted to have her back to pass on her experience to the young performers of the last ‘Giselle’, which was an unforgettable moment for everyone. smile of the last few days spent together, in which she felt back home “.
The director of the Corps de Ballet, Manuel Legris states that “it leaves us amazed, on tiptoe like ‘Giselle’, a spirit that stays with us, fills the dance halls, the stage and our hearts, like her never dormant energy, which captured and fascinated us when she returned to embrace the Theater and its artists. A great void that, at the same time, makes us feel filled and rich in all its history, which is the history of ballet, privileged for having shared its art that is life, legendary model and source of inspiration for all generations of dancers “. La Fenice – “Dance is poetry because its ultimate goal is to express feelings, albeit through a rigid technique. Our task is to let the word pass through the gesture”. With this quote from her words, the Teatro La Fenice in Venice remembers Carla Fracci on Twitter, adding: “Your shoes remain eternal. Thank you, Carla, may the earth be light to you”.

One thought on “Carla Fracci, the pain of the world of dance and entertainment”