Carla Fracci dies: farewell to the international étoile, she was 84 years old 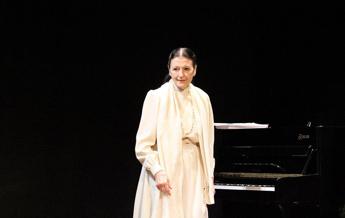 Farewell to the lady of Italian dance and beyond. Carla Fracci, queen of the world stages, died in Milan at the age of 84. Daughter of an ATM tram driver, Fracci was born in the Lombard capital on August 20, 1936 and at just ten years old, in 1946, she began studying at the Teatro alla Scala dance school, where she has the great Russian choreographer Vera Volkova among her teachers. and where he graduated in 1954, and then continued his artistic training by participating in advanced stages in London, Paris and New York. After only two years from graduation he became a soloist, then in 1958 he was already étoile della Scala. Until the 1970s she danced with some foreign companies such as the London Festival Ballet, the Royal Ballet, the Stuttgart Ballet and the Royal Swedish Ballet. Since 1967 he has been a guest artist of the American Ballet Theater. His artistic notoriety remains mainly linked to the interpretations of romantic roles such as Juliet, Swanilda, Francesca da Rimini, or Giselle, alongside partners such as Rudolf Nureyev, Vladimir Vasiliev, Henning Kronstam, Mikhail Baryshnikov and above all the Danish Erik Bruhn with whom he gives to the I publish an unforgettable interpretation of ‘Giselle’ from which a film is made in 1969. In 1964 Fracci married the director Beppe Menegatti (with whom she has a son, Francesco) who will be the director of most of the shows she interpreted. At the end of the 1980s he directed the corps de ballet of the San Carlo Theater in Naples together with Gheorghe Iancu and in 1981 he played on TV the role of Giuseppina Strepponi, the wife of Giuseppe Verdi, in the Rai drama on the life of the great composer from Busseto. In 1994 he became a member of the Brera Academy of Fine Arts. The following year she was elected president of the environmental association “Altritalia Ambiente”. From 1996 to 1997 Fracci directed the ballet corps of the Verona Arena and in 2003 she was awarded the Italian honor Cavaliere di Gran Croce. In 2004 she was appointed FAO Goodwill Ambassador. From November 2000 to July 2010 he directed the corps de ballet of the Teatro dell’Opera di Roma, an activity which he combines with the revival of lost ballets and new creations under the direction of Beppe Menegatti. From June 2009 to 2014 she was Councilor for Culture of the Province of Florence and in 2015 Ambassador of Expo Milano. In 2018 he received the Toson d’oro National Award by Vespasiano Gonzaga and on 19 September 2020 the Lifetime Achievement Award from the Senate of the Italian Republic.

Sanremo, the Big are measured on social media: Morandi-Emma-Mahmood on pole

One thought on “Carla Fracci dies: farewell to the international étoile, she was 84 years old”